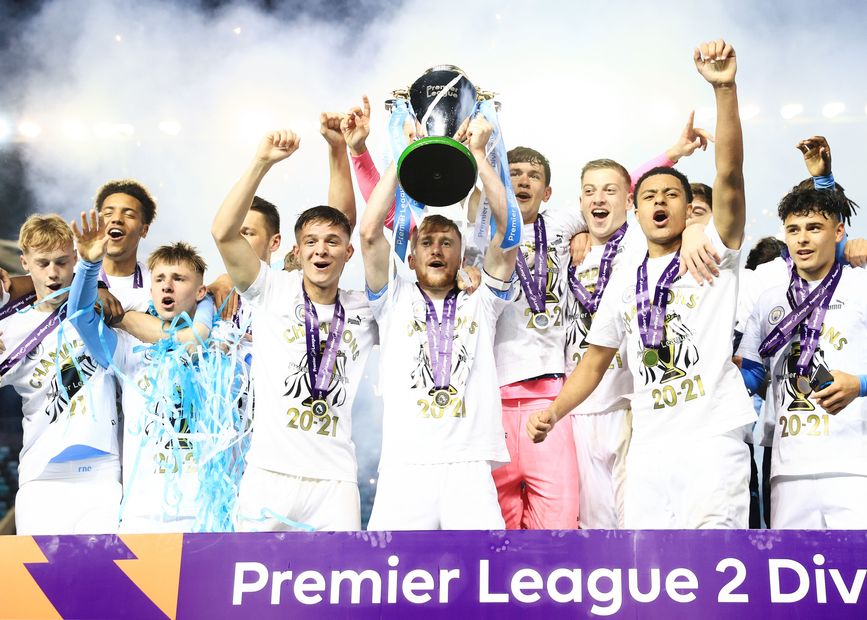 The Premier League 2 Division 1 champions for 2021/22 are Manchester City, who retained the title after finishing six points clear of West Ham United.

Man City's Under-23s lost only four times, becoming just the second side after Manchester United to lift the trophy in successive seasons.

"You cannot believe how tough it is to win this title, so to do it two years in a row is an incredible achievement. It really shows how much hard work goes on at Manchester City's Academy," first-team manager Pep Guardiola told the club's official website.

"The way the team has played this season tells you everything about the attitude and focus of our young players. They work so hard - with and without the ball - and have played some really top football."

City ended their title-winning campaign with a 12-match unbeaten run, finishing up with a 7-0 victory over Everton.

At the other end of the table, a difficult season for Leeds United and Derby County ended with relegation to Division 2.

There was late drama as Chelsea scored an 88th-minute winner in their final match to climb out of the drop zone and send Leeds down instead.

In Division 2, Fulham's youngsters emulated the club's first team by topping the table to earn promotion.

They will be joined by Wolverhampton Wanderers, who finished second and then beat Stoke City 2-0 in the playoff final at Molineux, with Luke Cundle scoring both goals.

The cup competition for clubs in Premier League 2 and the Professional Development League was won in a thrilling Black Country derby final, when West Bromwich Albion beat Wolves 5-4 on penalties after the match ended in a 2-2 draw.

McAtee was named the Premier League 2 Player of the Season.