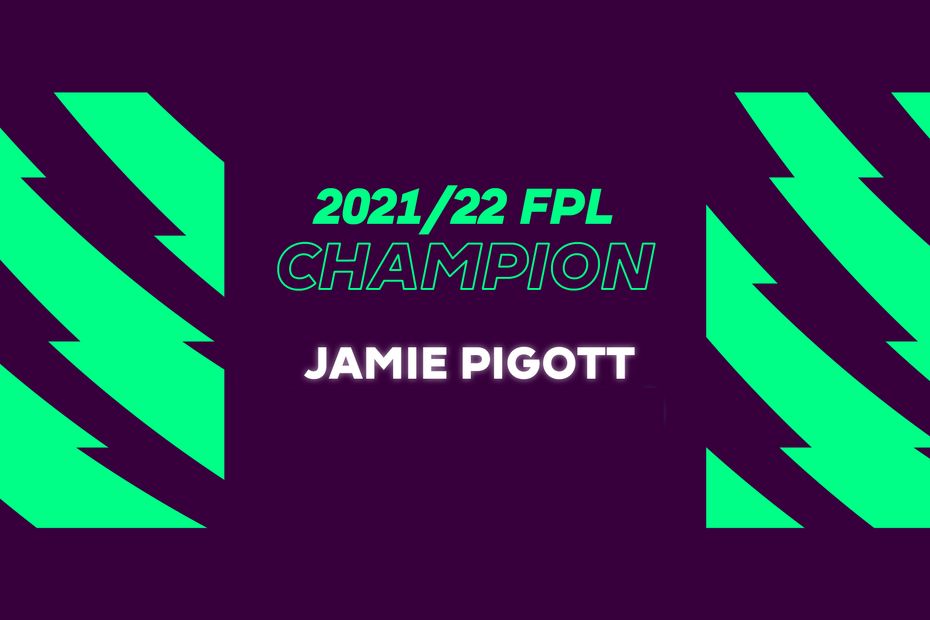 Jamie Pigott has Liverpool duo Sadio Mane and Joel Matip to thank after he became the first-ever US manager to win Fantasy Premier League.

The Tottenham Hotspur fan was only one point ahead of his nearest rival Suvansh Singh heading into Gameweek 38.

Both named seven identical players in their starting XIs on Sunday.

But it was Pigott's differentials who gave him the edge.

Mane and Matip produced a goal and assist respectively in Liverpool's 3-1 win over Wolverhampton Wanderers, combining for 16 points at Anfield.

While Singh's decision to take a hit for Harry Kane was successful, with a 10-point return against Norwich City, he ultimately finished 12 points behind in second place.

Pigott claimed the crown in record-breaking style, his total of 2,844 points smashing the previous high of 2,680 points set by Michael Coone in 2020/21.

The new champion's remarkable use of his chips in the final Gameweeks proved decisive.

A Bench Boost chip in Double Gameweek 36 earned Pigott 201 points and took him from 393rd place to 10th, the first time all season he had been in the top 10.

He then soared into first place in Double Gameweek 37 thanks to a 110-point Free Hit chip.

Pigott took 10 hits over the course of the campaign, spending 40 points on transfers, with all but one of those coming between Gameweek 17 and Gameweek 31.

Singh, his closest challenger, set the record for the best-ever debut by an FPL manager, his 2,832 points just ahead of Australian manager Brett Taylor in third.

What the FPL Champion wins