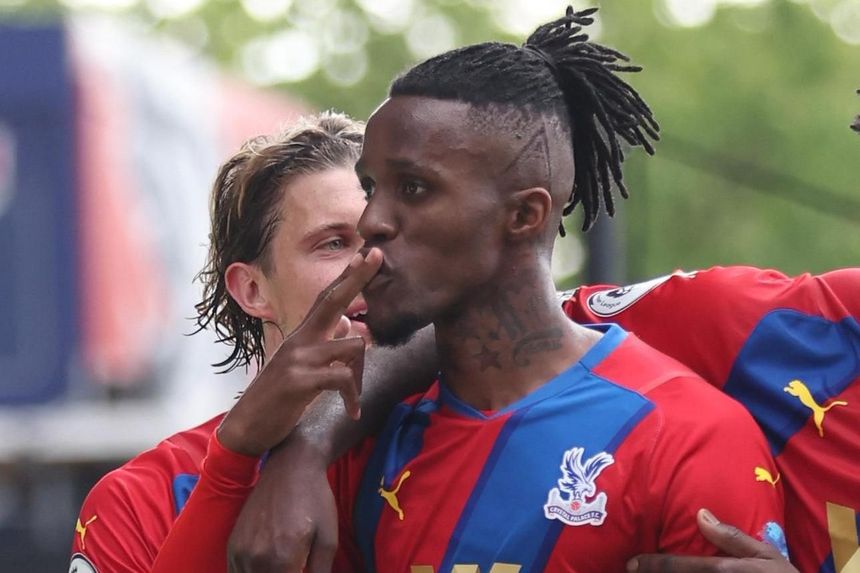 Report: Zaha penalty fires dominant Palace to Watford win External Link
Sign up to get exclusive insight on your FPL performance in your inbox

Wilfried Zaha (£6.8m) is the top target for Double Gameweek 37 in Fantasy Premier League after extending his run of goals in Crystal Palace's 1-0 victory against Watford on Saturday.

The Palace star converted a penalty-kick at Selhurst Park to claim 11 points, his third double-figure return of the season.

Zaha has scored seven goals from Gameweek 26 onwards, a total bettered only by the 11 of Son Heung-min (£11.0m) among midfielders in Fantasy.

The Eagles’ talisman has earned over 12,000 new owners ahead of his DGW37 matches against Everton and Aston Villa.

Meanwhile, Aston Villa’s Ollie Watkins (£7.5m) is the most-bought forward ahead of his two home fixtures against Palace and Burnley.

The forward scored his third goal in four matches in a 3-1 win at Burnley, with 9,300 managers bringing him in.

However, Watkins was overshadowed by his team-mate Emiliano Buendia (£6.1m) at Turf Moor.

The Argentinian, who is owned by only 1.0 per cent, claimed his season-high haul of 14 points, thanks to a goal, an assist and the maximum three bonus points.

Time to look at Lukaku?

Owned by just 7.4 per cent, the Chelsea striker scored both his side’s goals in a 2-2 draw with Wolverhampton Wanderers.

Lukaku is currently the top-scoring forward in the Gameweek thanks to his 13-point haul.

Brentford centre-backs Pontus Jansson and Kristoffer Ajer (both £4.4m) both scored in their 3-0 home win over Southampton to claim 15 and 14 points respectively.

Jansson has 31 points in his last four matches and faces Everton and Leeds United in the final two Gameweeks.

"He SMASHED it home!" 🎙️💥 What a moment for @Cucurella3. 🥺 pic.twitter.com/ghSSJ7nmmP

Trossard, in particular, is enjoying an outstanding end to the current campaign.

The Belgian was the top-scorer in Fantasy over Saturday’s action, combining his goal with two assists for a 17-point return.

He has four goals, three assists and 51 points in five ahead of the Seagulls’ final two fixtures against Leeds and West Ham United.