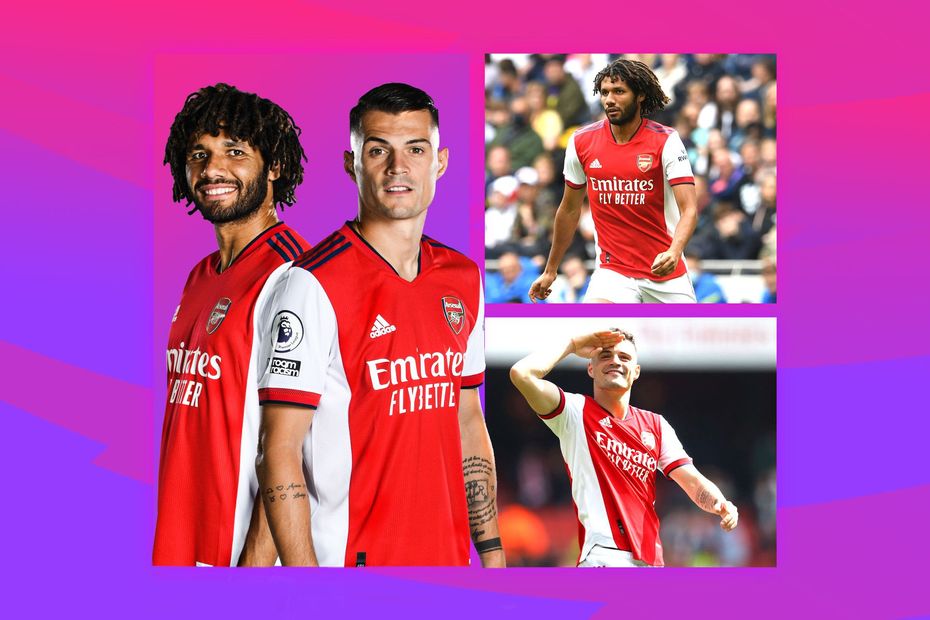 Xhaka is your April Player of the Month! External Link

Adrian Clarke looks at key tactical points and players who can be decisive in Matchweek 35.

Arsenal are heading towards the end of their Premier League campaign with an unlikely central midfield partnership of Elneny and Xhaka.

These two vastly experienced players have rarely been paired since Mikel Arteta became Arsenal manager in December 2019, starting together on just 11 occasions and winning seven times.

Across the last two matches against Chelsea and Manchester United, Elneny and Xhaka, who scored the third goal against the Red Devils, were reunited in league action for the first time this season.

With Thomas Partey still on his way back from injury, they will be key figures again in Sunday's London derby at West Ham United.

When it comes to creativity Elneny and Xhaka have their limitations, but their high work-rate and tenacity provide a good platform for Arsenal's forwards.

Together, along with attacking midfielder Martin Odegaard, they set the tone for two high intensity performances against their top-four rivals.

It was no surprise to discover that the trio comfortably led the way for distance covered against Chelsea and Man Utd, each averaging at least 11km per 90 minutes.

The majority of Arsenal's standout displays this term have come when the team has played aggressive, fast-paced football.

By unsettling teams with their closing down and forward runs, they have carved out better opportunities than in matches that have had a slower, more passive tempo. This is in part thanks to Elneny's return to the side.

While the Egypt international drops deep to receive the ball, he also wants to squeeze up and press opponents in advanced areas.

This was evident against Chelsea and Man Utd when he regained possession inside the opposition half on 10 occasions.

Elneny's surprise recall has seen Xhaka drop into a more orthodox central-midfield pivot role, having had a spell on the left as a box-to-box man.

While that 4-1-4-1 formation suited Partey and his direct replacement Albert Sambi Lokonga, Xhaka looks more comfortable in a slightly more central position as part of a 4-2-3-1.

The presence of two central midfielders has also made it harder for opponents to man-mark the deepest-lying midfielder.

Prior to his injury, Partey tended to be man-marked by the opposition, impacting on the way Arsenal could pass out from the back.

Xhaka and Elneny rotate well, showing for the ball when central defenders are in possession, making it easier for them to pass it into midfield.

During the last two matches, the two 29-year-olds have made more passes than any other Arsenal players, which means fewer square exchanges between their back four.

Arsenal were involved in two end-to-end thrillers last week, but the encounter at West Ham will almost certainly differ in style.

David Moyes's heavily rotated side played defensively in a last-gasp loss at Chelsea, and their approach is likely to follow a similar lead against the Gunners.

This could give Elneny and Xhaka more possession, but less space in which to find players ahead of them. The match may also be played at a slower pace.

Against the Hammers, the duo will be looking to combine effectively again in the hope of delivering a third successive league win for the north Londoners.

Part 1: How Newcastle have transformed under Howe