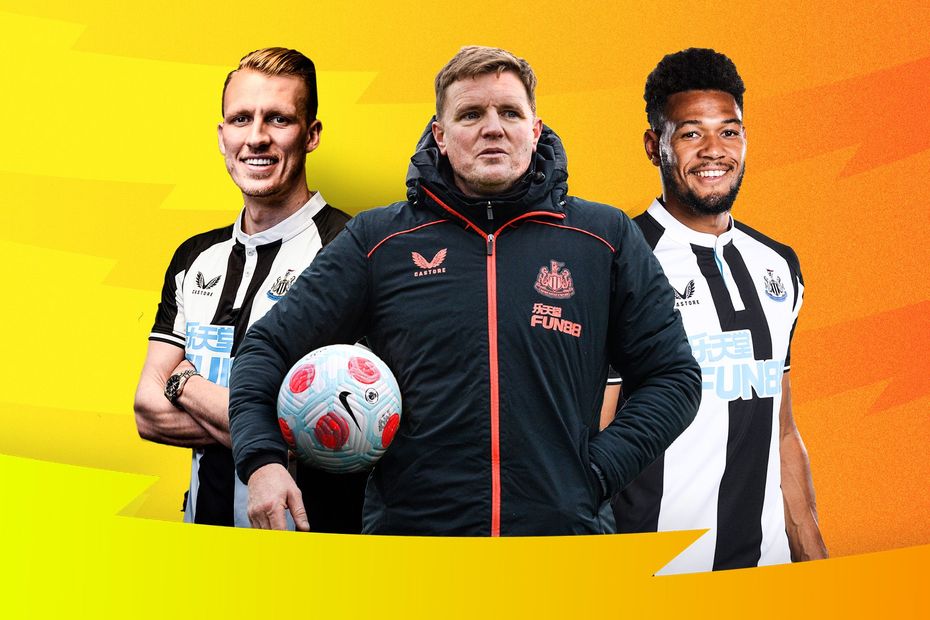 Adrian Clarke looks at key tactical points and players who can be decisive in Matchweek 35.

In the space of five impressive months, Eddie Howe has transformed Newcastle United from relegation contenders into a top-half side.

On Saturday, they host title hopefuls Liverpool and the Magpies could not be in better form coming into that match.

Chasing a seventh consecutive win at St James' Park, Newcastle have secured victories in 10 of their last 14 outings, including four in a row during April.

Since Howe took charge, they have amassed 38 points from 23 matches, a tally that ranks as the sixth highest during that period.

While Liverpool will rightly be considered favourites, Howe's confident side can make this a competitive encounter.

The cornerstone of Newcastle's resurgence has been defensive solidity.

While January arrivals Dan Burn, Matt Targett and Kieran Trippier clearly improved their backline, as a collective, there has also been a better out-of-possession structure under the new regime.

As a team, they do not cover more distance than they did under Steve Bruce (actually it is 0.6km less per 90) but there is a little more bite, aggression and purpose about the way they get tight to opponents.

They play slightly higher up and adopt a less passive approach, enabling them to congest space more effectively.

The goals-against column has more than halved during a 14-match spell that has brought about 10 wins.

Opta's xG Against data backs this up and proves that Newcastle have not just ridden their luck, but they have instead limited teams to fewer clear-cut opportunities.

By successfully keeping opponents at arm's length, goalkeeper Martin Dubravka has faced more than five fewer shots per match during this excellent run of form.

Only two of Newcastle's seven losses under Howe have come against sides outside the current top five, which shows the strides they have made.

Howe likes his side to line up in a 4-3-3 formation that contains five or six attack-minded players.

His central-midfield trios have not contained a single defensive specialist across the last 14 fixtures.

Forward Joelinton has often been used in a deeper role alongside another offensive player, Joe Willock.

A stunning finish from Joelinton for yesterday's opener! 💥🇧🇷 pic.twitter.com/OdcPuVDQlb

Jonjo Shelvey and January signing Bruno Guimaraes have also, at times, occupied the centre but without having sole responsibility for protecting the back four.

In attack, Chris Wood and Allan Saint-Maximin are clear first-choice starters, but Howe has cleverly rotated the likes of Jacob Murphy, Ryan Fraser, and Miguel Almiron, who have all made key contributions.

The stats do confirm that Newcastle have made significant improvements as a goal threat.

While they have raised their average possession to 41.6 per cent from 37.8 per cent during the last 14 fixtures, they are still, in essence, a counter-attacking team.

On top of the obvious class provided by the club's new recruits, confidence has been the most significant factor.

Howe has encouraged his players to move the ball quicker and coached them to be more expressive, which had led to the creation of better chances and more goals being scored.

Brazilian pair Guimaraes and Joelinton, along with centre-back Burn, have all given outstanding individual performances.

The improvements Howe has made to the collective are admirable, especially when you consider the pressure he was under to achieve short-term results.

Part 2: Elneny and Xhaka can steer Arsenal past West Ham