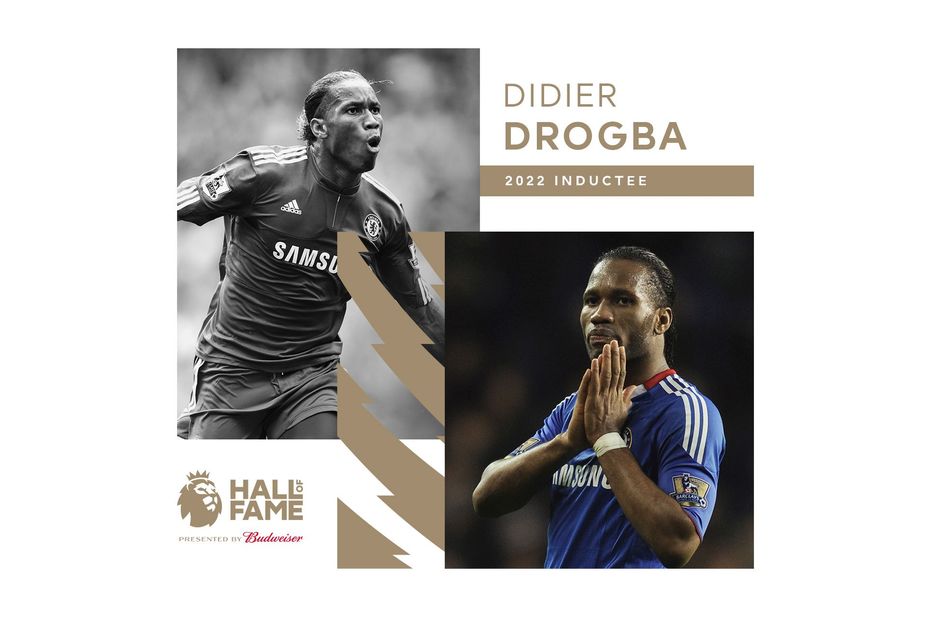 Didier Drogba says being inducted into the 2022 Premier League Hall of Fame alongside former team-mates and opponents is an honour.

The former Chelsea striker was one of six men who were voted into this year's Hall of Fame by fans and a panel of football experts.

"It is a real honour for me to have been inducted into the Premier League Hall of Fame," Drogba said. "My years with Chelsea were so special to me, and I'm incredibly proud of everything we won as a team."

The Ivorian is a four-time Premier League champion with Chelsea, earning a reputation as the archetypal big-game player. The centre-forward was capable of scoring every type of goal and twice won the Premier League Golden Boot, in 2006/07 and 2009/10, amassing a total of 104 goals in 254 appearances during two spells with the Blues.

A real honour to be inducted in to the @premierleague Hall of Fame. Thank you so much to everyone that voted and to @chelseafc, the managers, coaches, players and fans that made my time in the PL such an incredible experience. 💙 pic.twitter.com/5uj1D9pqg0

"I played with fantastic players for some amazing managers and against brilliant opponents," Drogba said. "I'm so happy to say that I won the Premier League four times – and now I'm in the Hall of Fame with some of those great players I played alongside and against, which makes me very proud."