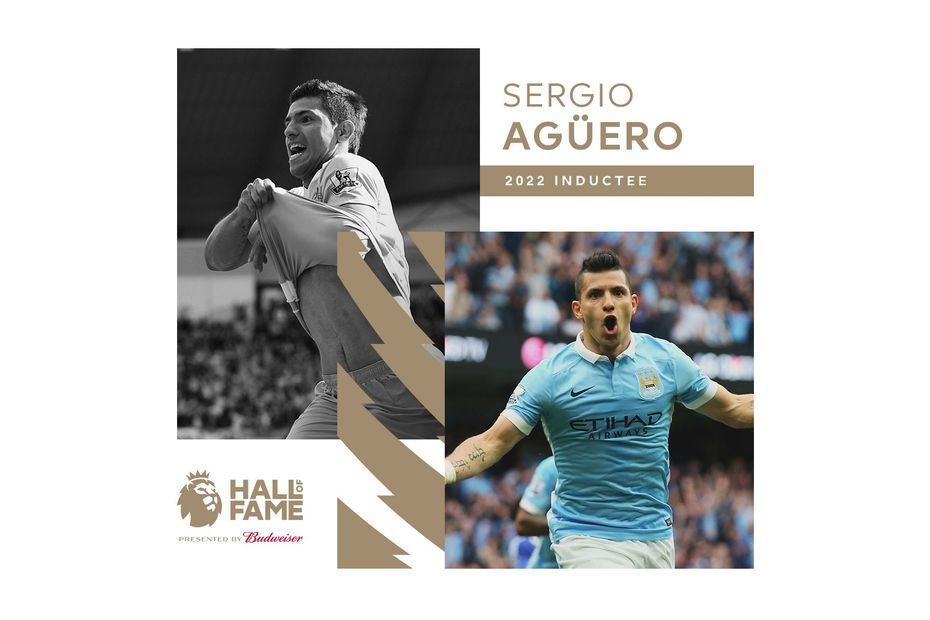 Sergio Aguero says being inducted into the 2022 Premier League Hall of Fame makes him and his family proud.

The ex-Manchester City striker was voted into the Hall of Fame by fans and a panel of football experts after becoming the highest-scoring overseas player in Premier League history, having scored 184 goals in just 275 appearances for City.

"Since I was nine or 10 years old, I wanted to play in the Premier League," Aguero said. "I think it is the best league in the world, where the football is fast and beautiful and the atmosphere is always incredible.

"Entering the Hall of Fame makes me happy for myself and for my family. My son can say that is something his father has achieved."

Many thanks to @premierleague for this recognition, it makes me proud. Being inducted to the Hall of Fame gives me real perspective on the road that took me here. I'm thrilled and I want to share this honour with my club @ManCity and all my team-mates. #PLHallOfFame pic.twitter.com/2OS2i5O270

The Argentinian joined City before the 2011/12 season and finished that campaign by scoring one of the most iconic Premier League goals of all time.

"I just loved playing football here with Manchester City and the memories of winning the Premier League five times, including the most important goal of my career to win that first one," he said. "I miss my team-mates and the fans a lot still now."