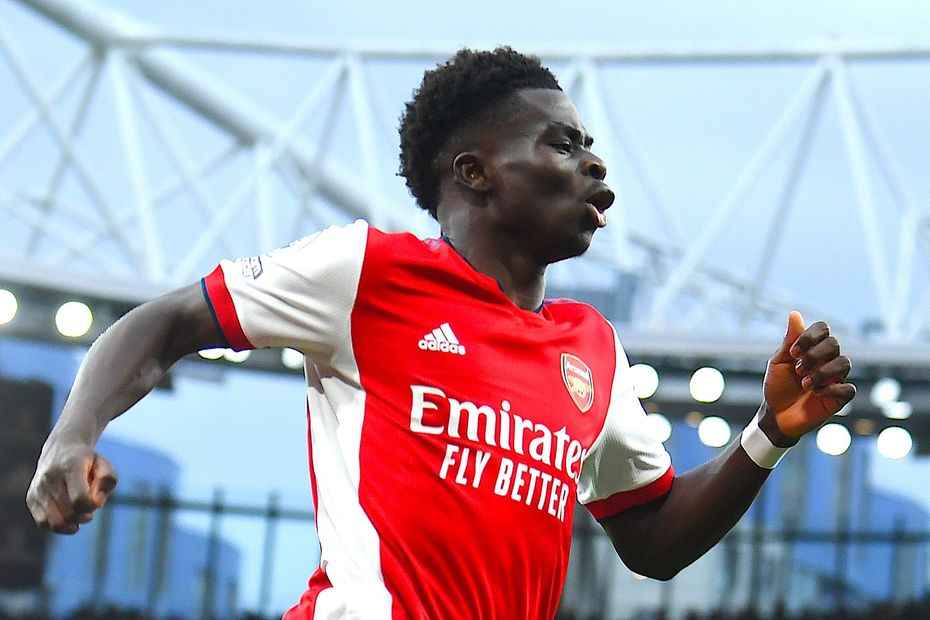 The winger has managed only a single goal in his last five outings ahead of trips to Southampton and Chelsea.

Yet the underlying numbers suggest he has still proven to be a key influence on the Gunners' attack.

Saka's totals of 13 shots, nine shots in the box and 12 chances created were all more than any team-mate in the last four Gameweeks.

He is joined by Arsenal defender Gabriel (£5.4m) in a Scout Selection that lines up in a 3-5-2 formation, with Bruno Fernandes (£11.6m) handed the armband and James Maddison (£7.0m) named vice-captain.

The Leicester City No 1 has totalled 33 points in his last six matches. Schmeichel faces two of the bottom six sides in DGW33, with the Foxes visiting both Newcastle United and Everton.

Manchester City's full-back boasts strong potential at both ends of the pitch at home to Brighton & Hove Albion. Cancelo's 62 shots and 20 shots on target both rank top among defenders this season.

Arsenal's centre-back has averaged 5.2 points per away match. Gabriel has scored three goals and claimed 13 clean sheets, in addition to collecting 13 bonus points this term.

Manchester United's playmaker is a major armband prospect against Norwich City and Liverpool. His 22 shots in his last six matches rank third among all players in Fantasy, while his 13 key passes are a team-leading total.

Tottenham Hotspur's South Korean welcomes Brighton in his most prolific form of the campaign. Son has climbed to second in the overall player standings on the back of six goals, an assist and 48 points in his last three outings.

Leicester's midfielder is the most-bought player in the Gameweek, earning 185,000+ new owners. Maddison has blanked only twice in his previous seven appearances, combining two goals with three assists.

Saka is the fourth most-owned player in Fantasy, found in 32.8 per cent of squads.

His total of 60 chances created is twice that of any other Southampton player ahead of meetings with Arsenal and Burnley. Ward-Prowse has also scored seven goals, only one short of matching his career-high haul set last season.

Spurs' striker has five goals and eight assists in his last seven matches. Kane's 16 shots and 12 key passes in the previous four Gameweeks are both more than any other player in Fantasy.

The Newcastle forward scored and earned nine points in his previous home fixture. Wood's 17 shots in the box and four big chances are both team-leading totals since he made his Magpies debut in Gameweek 22.