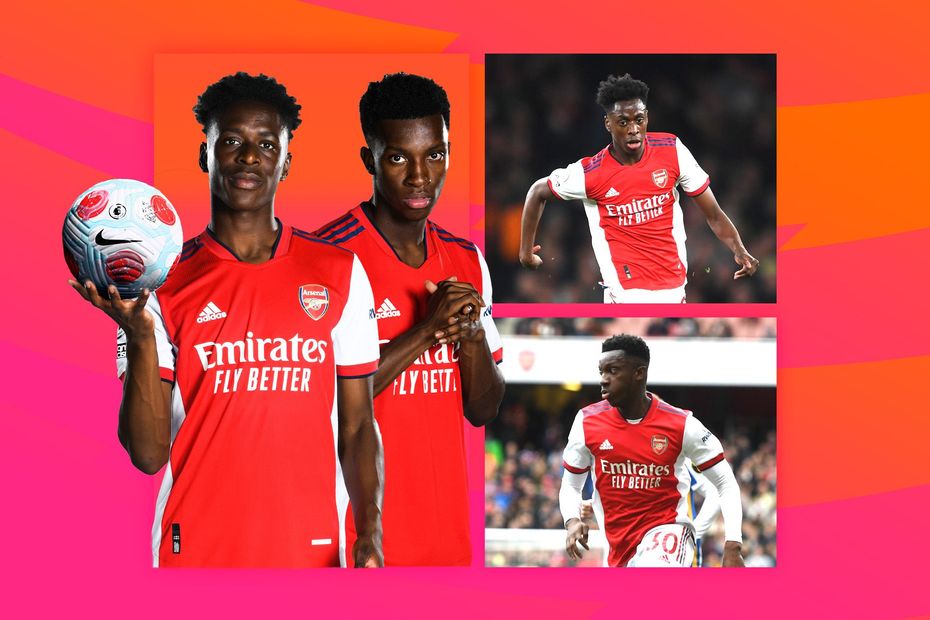 Lokonga has made only two Premier League starts in 2022, but is now a key man in Arsenal’s quest for a top-four finish ahead of their trip to Southampton this Saturday.

The 22-year-old has been back-up to Thomas Partey but the Ghanaian's thigh injury has left Lokonga shouldering major responsibility during the business end of the campaign.

In the first half of their 2-1 loss at home to Brighton & Hove Albion, Lokonga's lack of match sharpness was at times exposed by Enock Mwepu and Yves Bissouma.

Flanked by attacking midfielders Martin Odegaard and Emile Smith Rowe, the tactical framework of Mikel Arteta's side also left him a little exposed when the Gunners had to defend.

From half-time onwards, Granit Xhaka moved infield from left-back to offer Lokonga support and together they brought about an improvement.

At Southampton, in a must-win match for Arsenal, their collective performance will be crucial to any hopes of bouncing back from consecutive defeats.

Lokonga and Xhaka have only started twice as a central midfield duo, in defeats to Brentford and Chelsea back in August.

Partey has unique qualities as a central midfielder but stylistically, Lokonga is a capable deputy.

Lokonga may not boast the same physical presence but he is a talented player with a solid all-round skill set.

Composed and confident to make accurate forward passes, he will welcome the opportunity remind Arsenal fans of his ability.

Statistically, Lokonga makes more successful passes, wins more tackles and interceptions and creates a greater number of chances than both Partey and Xhaka.

With no time to bed in, it is vital Lokonga hits top form with immediate effect at St Mary's.

Scoring only twice from open play this season, and not at all since mid-December, captain Alexandre Lacazette's place may be in jeopardy this weekend.

The Frenchman has offered plenty as a tireless link man in 2021/22 but his impact has been minimal since Arsenal returned from the international break in March.

In contrast, academy graduate Nketiah has performed with sharpness and confidence during his last two substitute outings.

Against Crystal Palace, the 22-year-old hit the crossbar with a fantastic curling effort, and created Arsenal's best chance, which was spurned by Odegaard from close range.

Last time out against Brighton, he hit the bar again late on, before seeing a wonderful diving header spectacularly tipped away by Robert Sanchez.

Nketiah, who scored five goals in the League Cup this term, has not made a Premier League start this season.

He has featured for only 166 minutes in 13 substitute outings, but, with Lacazette out of sorts, this could be his moment to be named in the starting XI.

Two gifted young players, Lokonga and Nketiah can step up and get Arsenal's season back on track.