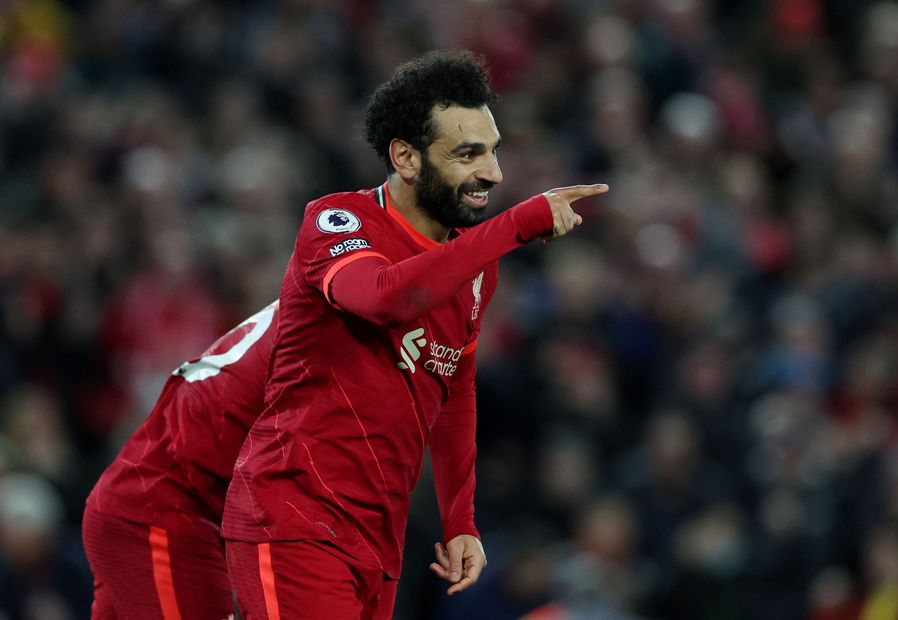 Most-captained player delivers two goals and an assist, after his hat-trick in the reverse fixture

The Fantasy Premier League managers who backed Mohamed Salah (£13.2m) with the captaincy in Double Gameweek 33 were rewarded as he delivered another huge haul against Manchester United.

In a Gameweek where seven teams are playing twice, the Egyptian only had one fixture, but he made it count.

After scoring a hat-trick in this season's reverse fixture against Man Utd, Salah scored twice more at Anfield, while adding an assist, the maximum three bonus points and a clean-sheet point.

The Liverpool star finished the night with 19 points in Tuesday's 4-0 home win, the best score among the most-popular captains.

Harry Kane (£12.6m) was the second most-popular captain but was unable to continue his excellent form as he blanked in a 1-0 defeat by Brighton & Hove Albion.

The Tottenham Hotspur forward had previously been on a run of five goals and eight assists in seven matches.

Cristiano Ronaldo rewarded his backers with a hat-trick and 17 points in Man Utd's 3-2 defeat of Norwich City on Saturday.

The 323,000+ managers who lost faith in Salah and sold him ahead of the Gameweek 33 deadline may now be ruing their decision.

Doherty has been ruled out for the season with a knee injury, while Coutinho has been without a fixture in Gameweek 33.

It was a frustrating weekend for owners of James Maddison (£7.0m), the No 1 transfer target, who was brought in by more than 651,000 managers.

The Leicester City midfielder had produced an attacking return in each of his previous three matches but he scored one point from his first outing after only coming on as a substitute in Sunday's 2-1 defeat at Newcastle United.

He then played 90 minutes but blanked in Leicester's midweek draw at Everton.

Despite picking up another home win against Crystal Palace on Wednesday, Wood could not score in either of his two matches, leaving him with four points.

However, a clean sheet for Schar in midweek boosted his total to nine points.

Wood's appeal extended to the leading 100 managers in Fantasy, with 13 handing him the captain's armband.

Only Bruno Fernandes (£11.6m) and Bukayo Saka (£6.8m) were backed in greater numbers among this elite group.

Saka blanked as Arsenal lost 1-0 to Southampton on Saturday but he made amends at Chelsea on Wednesday night, picking up eight points after earning and scoring a late penalty in a 4-2 win. He claimed 10 points in total over his two matches.

Fernandes was unable to produce an attacking return in either of his matches against Norwich or Liverpool, and a booking at Anfield left him with a total of three points across his Double Gameweek.