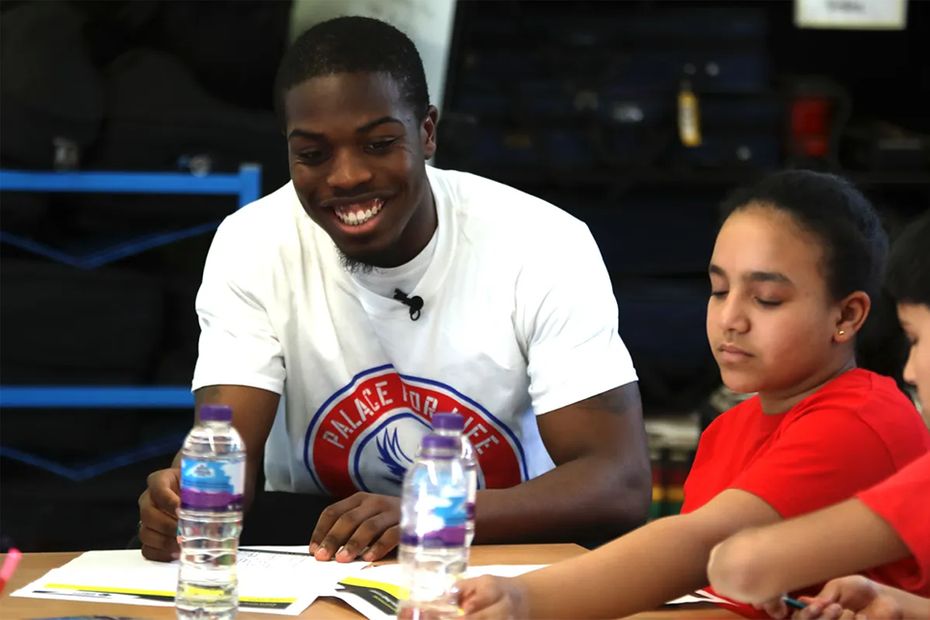 "The truth is: it's hard" - Mitchell and Ferguson on tackling racism External Link
Holding: I had no hesitation in reporting abuse
Morgan looking to break the mould in boardrooms

Crystal Palace duo Nathan Ferguson and Tyrick Mitchell drew from personal experiences of discrimination when they chatted with local children as part of No Room For Racism .

The pair recently visited Downsview Primary School in Upper Norwood to talk about dealing with discrimination in football and in wider society.

"I'm so passionate about the situation because when I was younger I experienced racism and I saw my friends experience racism," Ferguson told the club's official website.

"It was a very different time when I was younger. As a male as well, you're just seen to try and suck it up. I feel that this campaign is vital to teach kids that it's OK to talk."

The event was organised by the Palace for Life Foundation, the charitable arm of Crystal Palace, as part of the club's Team Mates programme - a positive psychology group intervention to support children and young people with their mental health.

And Ferguson stressed to the children the importance of speaking to someone they trust if they do experience discrimination.

"That's the first person you should be able to go to if you experience racism, bullying or mental health issues.

There is No Room For Racism

Through No Room For Racism, the Premier League and its clubs work with fans, the FA, EFL, PFA, Kick It Out and the police to tackle racism on and off the pitch, promoting equality, diversity and inclusion across all areas of football.

This includes bespoke Premier League Primary Stars resources which are designed to be used in the classroom to teach pupils about the negative impacts of racism and what we can do to tackle it.

And Ferguson believes educating young people is a vital in the battle against discrimination.

"I want to see kids learning," he says. "At the end of the day, I can’t teach someone who is older than me about racism; it's just been built into you.

"I know that kids learn best, I know that that is when I learnt the most, and that’s the best time to be teaching them."