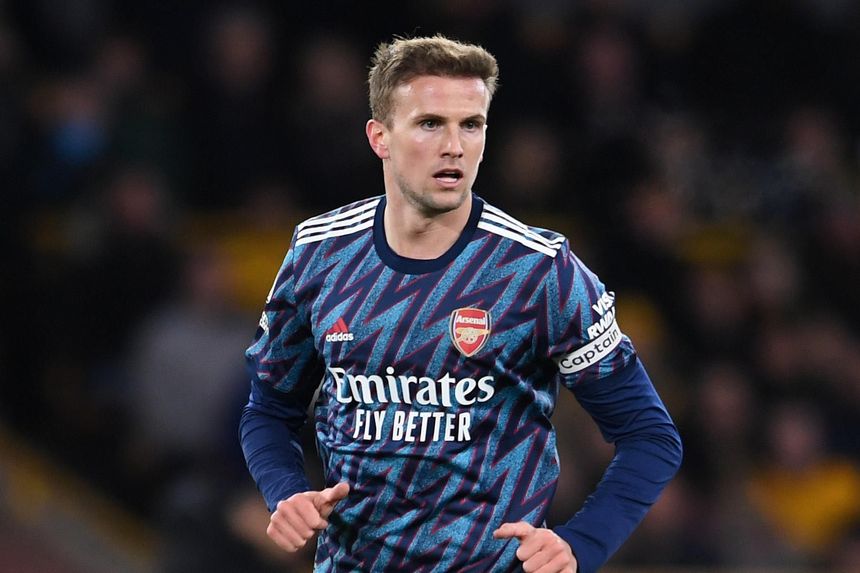 When Rob Holding heard a team-mate suffer racist abuse, his decision to take action required no more than a split-second.

The Arsenal defender was in the dugout during the match at Leeds United in December and was made aware of the incident when his fellow substitutes warmed up on the sidelines.

"I was on the bench and Emile [Smith Rowe] was sat next to me and, as he came back, he went to me, 'Oh, the lad's just got racially abused,'" Holding says in an interview with Sky Sports.

Holding: Why I stood up to racism

"He told me what was said and I was sat there and there was a split-second decision where I was thinking, 'I need to do something about that.'

"I went and spoke to the assistant, Steve Round, and he reported it to the fourth official and then they stopped the game and the ref came over and I had to give an account of what happened and then it went from there and was dealt with by the authorities."

Right thing to do

Former Arsenal striker Ian Wright, who has highlighted the racist abuse he has suffered online, thanked Holding for using his initiative.

"Ian Wright messaged me on Instagram and said how much he loves me and the support for me," Holding says.

"As a human being it was the right thing to do and regardless of what praise you might get, that is not even a concept I thought of.

"For me it was very straightforward, the right thing should never be looked bad upon. If someone is unsure what to do, report it to the closest person with a bit of authority who can arrange to have it sorted out. Just speak up."

The Premier League operates an online abuse reporting system, which launched in June 2020, with a specialist team investigating each incident reported and taking legal action where appropriate. In the past 12 months, more than 400 cases have been opened through this system.

It will now be made available to fans directly via a "click to report" link on club websites.

This will be introduced over the coming months so fans can easily report any discriminatory abuse they see directed at players, managers or match officials online.

Evidence filed will be sent directly to the Premier League's central investigations team who then liaise with the club, social media companies and relevant law enforcement authorities to take action.