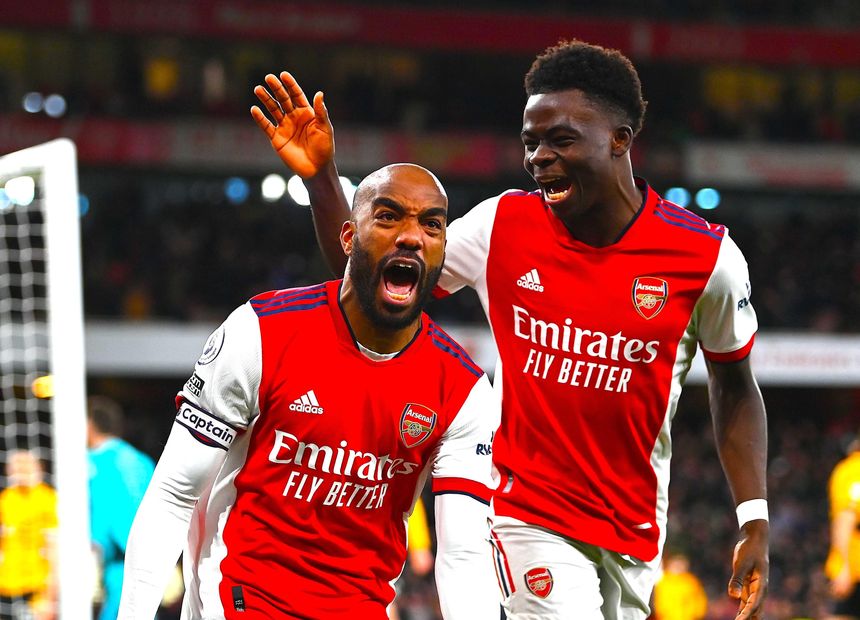 The Arsenal forward welcomes Leicester City and Liverpool on the back of just two blanks in his last 10 appearances.

He has scored twice and supplied eight assists in that spell, totalling 53 points.

His eight big chances were more than any team-mate, while his 24 shots in the box were just one fewer than first-placed Bukayo Saka (£6.6m).

The Frenchman is one of three Arsenal players included in The Scout’s best XI for DGW29, while Mohamed Salah (£13.2m) is handed the armband and Harry Kane (£12.3m) is named as vice-captain.

The Arsenal No 1 totalled 11 points in his meetings with Leicester and Liverpool earlier this season. Ramsdale has produced 4.8 points per match at Emirates Stadium since joining the Gunners.

Liverpool right-back Alexander-Arnold offers an in-form armband option against Brighton & Hove Albion and Arsenal. His 12-point haul against West Ham United last weekend was his eighth double-figure return of 2021/22, second only to the nine of team-mate Salah.

Manchester City’s centre-back boasts strong potential at both ends of the pitch at Crystal Palace. Laporte has 35 points in his last five road trips, combining a goal and an assist with three clean sheets and four bonus.

A recent return to the Tottenham Hotspur first XI has revived the wing-back’s prospects in Fantasy. Doherty has one goal, three assists, two clean sheets and five bonus in his last two outings.

Newcastle United’s centre-back offers multiple routes to returns against Chelsea and Everton. Schar has 34 points in his last five appearances, thanks to one goal, an assist, two clean sheets and seven bonus points.

Away from home, his 10 goals and 19 big chances are both league-leading totals. Salah has averaged 7.7 points per match (ppm) for Liverpool against Brighton and 8.1ppm versus Arsenal.

The South Korean has been Spurs' most consistent performer under Antonio Conte, with attacking returns in 10 of his last 12 appearances. Son has been involved in a team-leading 12 goals for the Italian head coach, scoring seven and assisting a further five.

Arsenal’s winger is the most-bought player in the Gameweek, earning 336,000 new owners on the back of two double-figure hauls in his last three matches. At home, Saka’s 38 shots and 31 key passes are both team-leading totals.

A pair of home matches against Wolverhampton Wanderers and Newcastle lifts the Everton winger's value in Fantasy. Gordon has three goals, an assist and 32 points in his last four appearances at Goodison Park.

Three double-figure hauls in his last four outings highlight the improving form of the Spurs forward. Kane’s total of 64 shots since Conte took charge in Gameweek 11 is more than double any team-mate.

An ownership of only 6.0 per cent makes Lacazette a huge differential for DGW29.