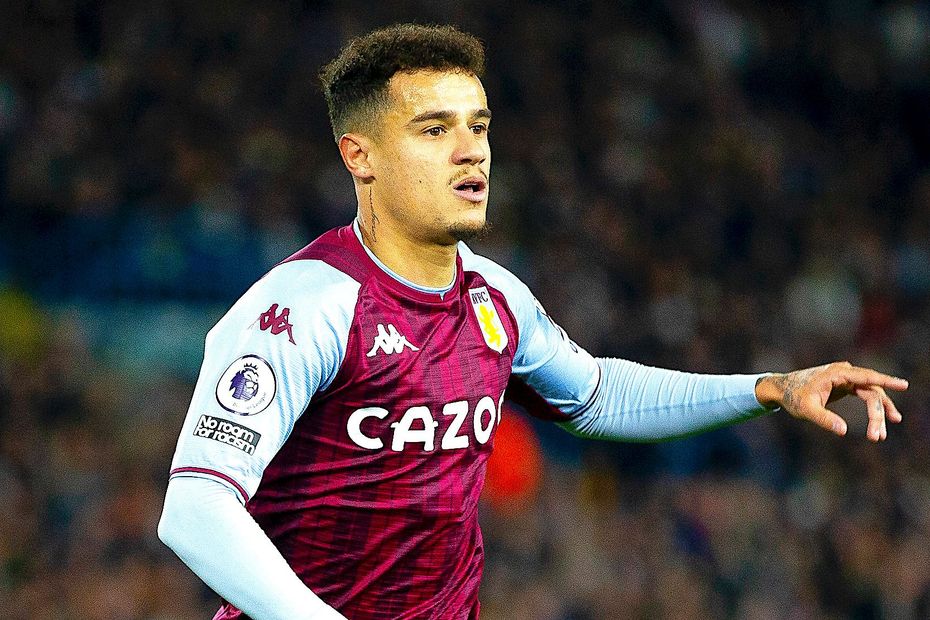 Aston Villa star provides joy for 670,000 managers after he delivers 23 points in DGW28

While backing players with two matches for the captaincy hasn't always paid off in 2021/22 Fantasy Premier League, Philippe Coutinho (£7.4m) bucked the trend in Double Gameweek 28.

The Aston Villa star was the most-popular armband pick among players with two fixtures in the latest round of matches, and he justified that faith with 23 points in total.

He scored in Thursday's 3-0 win at Leeds United, after scoring and providing an assist in the 4-0 win at home to Southampton last weekend.

Mohamed Salah (£13.2m) was again the top choice overall. He also featured among the top three transfers in but the Egyptian blanked and was taken off after 79 minutes in the 1-0 home win over West Ham United.

Cristiano Ronaldo (£12.3m) took second spot for Manchester United's trip to rivals Manchester City, but those managers would have been left disappointed as he was left out of the matchday squad completely.

Reece James (£6.2m) delighted his captaincy backers on Saturday with 18 points, but the wing-back missed Chelsea's 3-1 victory at Norwich City due to injury.

There was similar disappointment for those who opted for James' team-mate Antonio Rudiger (£6.1m), who was an unused substitute at Carrow Road.

Meanwhile, Leeds United winger Raphinha (£6.5m), backed by 23 of the top 100 managers, blanked in both of his DGW28 matches to return only three points.

The biggest Double Gameweek of the season so far prompted 245,000 to play their Bench Boost, with eight teams playing twice.

The extra fixtures also made more than 300,000 use their second Wildcard as managers reshuffled their squads to load up on Double Gameweek players.

Rudiger was the No 1 transfer target, with Che Adams (£7.0m) in second ahead of Salah.

Adams had been in sparkling form ahead of DGW28, notching a goal contribution in each of his previous four matches.

But he was unable to provide an attacking return as Saints suffered defeats against Villa and Newcastle United.

More than 407,000 managers wasted no time in parting company with Ruben Dias (£6.2m) after he was ruled out with a hamstring injury.

And, with Man City playing only twice over the next three Gameweeks, team-mate Joao Cancelo (£7.0m) joined him among the three most-sold players. Cancelo only picked up two points in the derby win over United.

Back-to-back blanks and an unappealing trip to Liverpool led to Jarrod Bowen (£6.9m) being dumped by over 621,000, as managers aim to take advantage of DGW28 and it proved a wise move, as the West Ham winger limped off at Anfield.