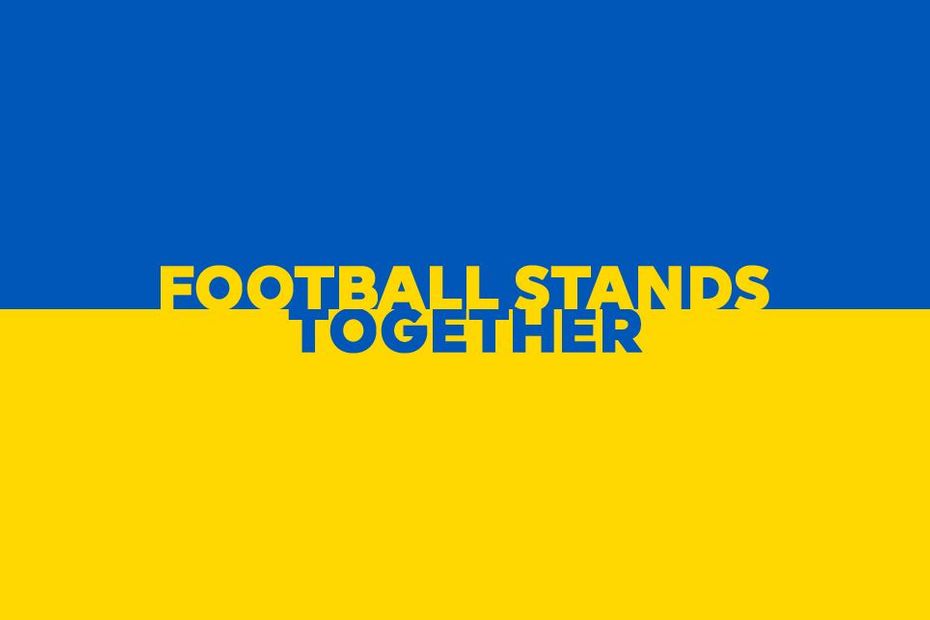 Albion's show of support for peace in Ukraine External Link

The Premier League and our clubs wholeheartedly reject Russia's actions and will be showing support for the people of Ukraine at all matches this weekend.

How clubs supported Ukraine in MW28

We call for peace and our thoughts are with all those who have been impacted.

A show of solidarity for Ukraine will be visible at all Premier League matches from Saturday 5 to Monday 7 March. This follows the numerous ways in which clubs have already demonstrated their support.

The 20 club captains will wear special armbands in Ukrainian colours and fans are encouraged to join players, managers, match officials and club staff in a moment of reflection and solidarity before kick-off at each game.

Big screens at stadiums will display "Football Stands Together" against the backdrop of the blue and yellow colours of the Ukrainian flag. These words will also be shown on LED perimeter boards during matches.

This message of solidarity will also be visible to fans around the world across Premier League digital channels. Logos and profiles on those platforms will change to represent the colours of the Ukrainian flag, which will also be displayed across match broadcasts both in the UK and overseas.