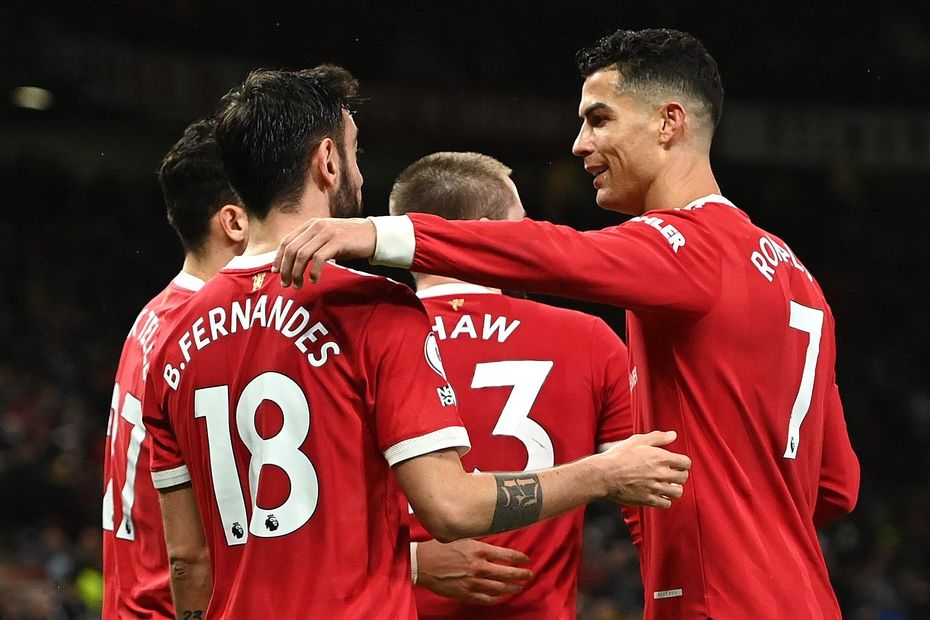 The Fantasy Premier League managers who put their faith in Cristiano Ronaldo (£12.5m) and Bruno Fernandes (£11.7m) were rewarded as the Manchester United duo both scored in the second half of their Double Gameweek 25.

After blanking in United's 1-1 home draw against Southampton on Saturday, the two most-captained players behind Liverpool's Mohamed Salah (£13.0m) also struggled to make an impact in the first half of Tuesday's home match against Brighton & Hove Albion.

But Ronaldo finally gave his backers their big moment as he scored early in the second half, and Fernandes then ended a nervy wait for his owners as he struck himself with virtually the last kick of the 2-0 victory.

With bonus points being added, the Portuguese duo have both secured double-figure hauls, giving the FPL managers who captained them a major boost in their mini-leagues versus those who gave the armband to Salah.

It proved a frustrating weekend for Salah's 2million backers.

Although he played the full 90 minutes and was on the winning side in Liverpool's 1-0 victory at Burnley, the Egyptian did not have a hand in the only goal of the match, nor did he achieve any bonus points.

Fernandes was the overwhelming captain favourite among the leading 100 Fantasy managers, earning the backing of 86 members of this elite group. Ronaldo was second, with Kevin De Bruyne (£12.1m) third.

De Bruyne's backers were left disappointed as he was benched for Man City's 4-0 win at Norwich City on Saturday and remained an unused substitute.

Philippe Coutinho (£7.3m) was the No 1 transfer target after making a strong start to life at Aston Villa. The Brazilian gained more than 633,000 new owners ahead of the deadline but he too blanked in a 1-0 defeat at Newcastle United.

Salah took second spot for transfers in, with his ownership increasing by nearly 10 per cent after his return from the Africa Cup of Nations. His ownership had fallen to 35 per cent after reaching a record high of 73.6 per cent in Gameweek 18.

Neal Maupay (£6.6m) rewarded the 413,000+ FPL bosses who transferred him in, scoring a goal in Brighton's 2-0 win at Watford, although he was unable to add to that strike against Man Utd on Tuesday, adding only two points to his tally.

Over 320,000 managers parted company with Bernardo Silva (£7.3m) following a run of seven blanks in eight appearances and they will consider that decision justified to have been as the Portuguese returned just three points in the win at Carrow Road.

Poor form has also accounted for sales of Michail Antonio (£7.8m). The West Ham United forward has scored only twice in 15 matches, causing more than 271,000 managers to lose faith this Gameweek. They will reflect on a good decision as Antonio blanked in West Ham's 2-2 draw with Leicester City.

Mason Mount was sold by 284,000+ as Chelsea went without a fixture due to their participation in the FIFA Club World Cup.