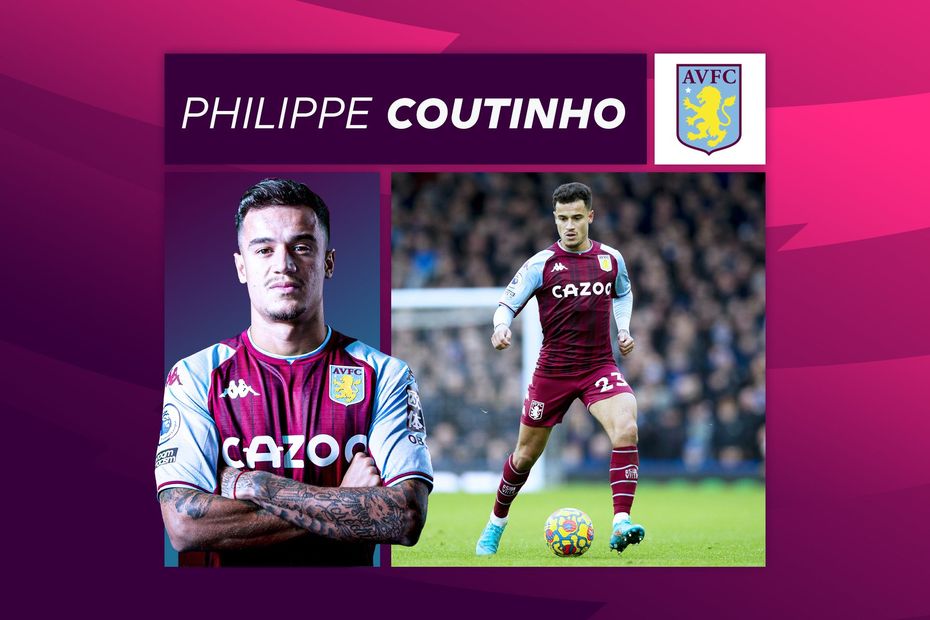 Aston Villa's loan deal for Coutinho is the highest-profile signing of the January transfer window so far, and he made an excellent start.

The Brazilian had a debut to remember against Manchester United, coming off the bench at 2-0 down with 22 minutes left and teeing up Jacob Ramsey for a goal before scoring the equaliser himself to grab a 2-2 draw.

Coutinho was not at his best in a 1-0 victory at Everton last time out but, even so, he set up Emiliano Buendia for a good opportunity and registered two efforts on goal.

Having been used sparingly at Barcelona in the first half of this season, once Coutinho has regained his full match fitness he has the potential to transform Villa’s potency in the final third.

With neither Ollie Watkins nor Danny Ings in prolific form so far this term, and nobody creating more than three assists, it was important for Steven Gerrard to add fresh quality to his attack.

Coutinho looks determined to make an impact in the goalscoring department, having four shots in just 96 minutes of action so far.

Drifting into the box from the left, those out-to-in runs will be a constant worry for his markers.

During a hugely successful spell at Liverpool, where he played alongside Gerrard, Coutinho consistently delivered goals and assists.

His lowest combined total in a Premier League campaign was eight, and those came from just 12 starts in his first half-season at Anfield.

Across his first 18 months with Barcelona, he scored 13 times in LaLiga and made seven assists.

The following season in 2019/20, during a loan spell with Bayern Munich, Coutinho supplied a further eight goals and six assists, contributing a direct goal involvement every 101 minutes.

Now 29, he is looking to rejuvenate his career at Villa, who should benefit greatly from his finishing prowess and creativity.

Coutinho is expected to continue operating on the left side of Villa’s attack, with fellow newcomer Lucas Digne playing behind him and young star Ramsey on the inside.

That talented trio have interchanged positions and combined in a fluid way already, and their chemistry should continue to develop over the coming weeks.

Ramsey crossed for Coutinho to score against Man Utd, and both Digne and Ramsey found him with five passes apiece inside the opposition half in the win at Everton.

If this trio gel as well as Gerrard hopes, Coutinho’s loan spell is almost certain to be a very successful one.