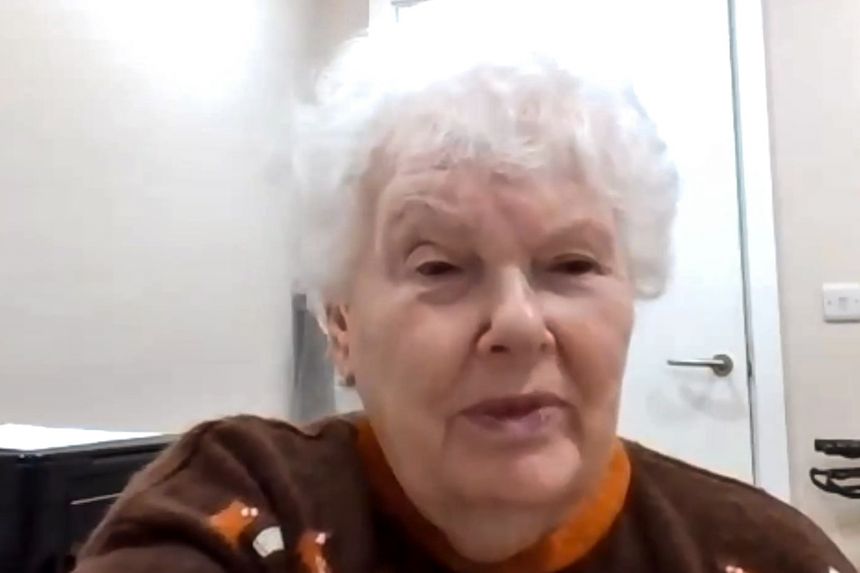 Academy players from Manchester City and Manchester United had a unique insight into the horrors of the Holocaust when they spoke with one of its survivors, Joanna Millan BEM, in a special virtual call to mark Holocaust Memorial Day.

In 1944, Joanna was orphaned after the Nazis murdered her father on arrival at the Auschwitz-Birkenau concentration camp, while her mother died of tuberculosis in the Theresienstadt Ghetto, in Prague.

To mark Holocaust Memorial Day, Joanna shared her story with the players from the Manchester clubs.

"Her testimony was heartfelt and very emotional and listening to her story put it into perspective how lucky we are today," said Mark Adams, Manchester City Academy's head of education. "Joanna's testimony will enable them to challenge some of the adversities they face and support each other as team-mates as they do so.

"I hope the boys will share the messages shared with them. It is important their families, friends and team-mates are made aware the Holocaust did happen, and genocides like this should never be allowed to happen again."

Wayne Cahill, Manchester United education officer, added: "At the end, Joanna gave a great summary which focused on acceptance of others.

"I know our boys will take this important lesson into their everyday lives and share their experiences with their family and friends."

The call was one part of the work the Premier League's Education Department carries out throughout the year with the Holocaust Educational Trust to help the educational and welfare development of Academy players.

This has involved players taking part in Holocaust projects as well as workshops at the Jewish Community Centre in Krakow.

"We are in a unique position to be able to use the boys love of football as a vehicle to support their learning in other areas which are educational, thought-provoking and humbling," Cahill said.

"The work from the Premier League and the Holocaust Educational Trust truly adds to the boys' holistic development which is a major part of everything we do at the Academy."

Education and welfare development is a vital part of a young player's journey through the Premier League Academy system. The aim is that these Academy players are not only able to perform on the pitch but are also educationally well-rounded people.

"This further develops their understanding of the struggles that others went through to give them the freedoms that they have today.

"This is a hugely important part of what all children learn about at school and it is the same for those who are part of a football academy."