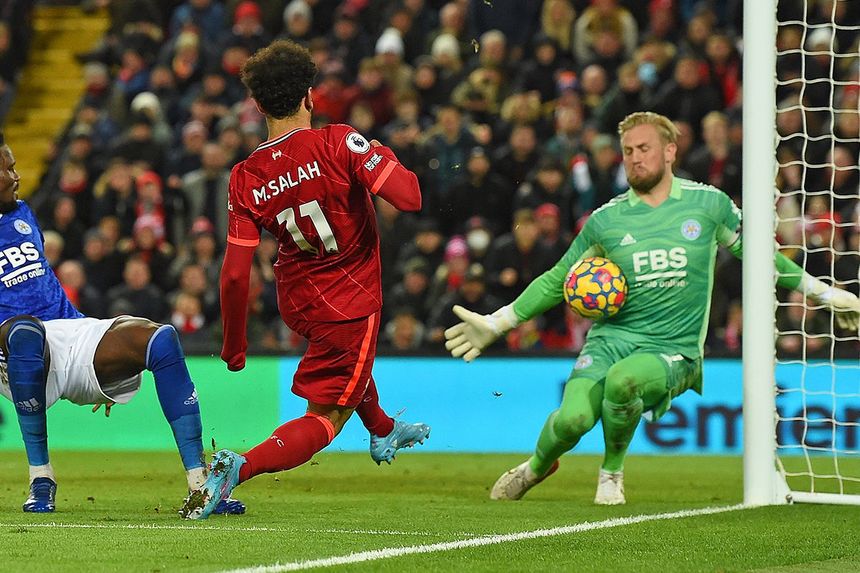 There was widespread disappointment for Fantasy Premier League managers on Thursday as Mohamed Salah (£12.8m) did not start, or indeed score, in Liverpool's 2-0 victory over Leicester City.

Salah was the most-captained and the second most-bought player ahead of the Gameweek 24 deadline, with 1.6million managers giving him the armband and 307,000 transferring the Egyptian in for the Anfield encounter.

But Salah was left on the bench, due to his recent Africa Cup of Nations exertions, and when he did come on after 60 minutes, he was prevented from scoring by an inspired Kasper Schmeichel (£4.8m) and the woodwork.

The 940,000 managers who captained Kevin De Bruyne (£12.2m), by contrast, were rewarded as the Manchester City midfielder produced a double-digit return against Brentford.

De Bruyne scored the second goal in Man City's 2-0 win over the Bees and picked up maximum bonus to earn 11 points.

That makes it 66 points over his last eight appearances as the Belgian extended his best period of form this term.

Twenty of the top 100 Fantasy managers picked De Bruyne as their captain, with only Joao Cancelo (£7.1m) and Diogo Jota (£8.5m) chosen in greater numbers.

And the 23 who entrusted Jota with the armband would have been even more delighted by the Portuguese midfielder's fantastic display.

He scored both goals in the win over Leicester and received a maximum three bonus points to record his third double-digit return of the season.

Indeed, his 16 points is his highest score so far this season, and just three short of his highest ever return, achieved against the Foxes back in 2018/19 when playing for Wolverhampton Wanderers.

Cancelo, who was also captained by 23 of the top 100, earned a 13th clean sheet of the campaign against Brentford and picked up a bonus point to return seven points. At home, he has blanked just twice in 11 appearances.

Joining Salah among the most-bought players for GW24 were Odsonne Edouard (£6.5m) and Jarrod Bowen (£6.9m).

Bowen produced his fifth double-figure haul this term to delight his 300,000+ new owners.

The midfielder scored the only goal in West Ham United's 1-0 win over Watford on his way to an 11-point return.

But there was disappointment for Edouard's backers as he was named on the bench, only coming on for the final 10 minutes to register a single point in Crystal Palace's 1-1 draw at Norwich City.

Watford's defeat vindicated the decision of more than 407,000 managers to sell Emmanuel Dennis (£6.2m), who could only muster two points at the London Stadium.

Two Chelsea players, Mason Mount (£7.6m) and Antonio Rudiger (£6.1m), were also shipped out in large numbers. Chelsea don't play in the Premier League again until GW26 due to their participation in the FIFA Club World Cup.