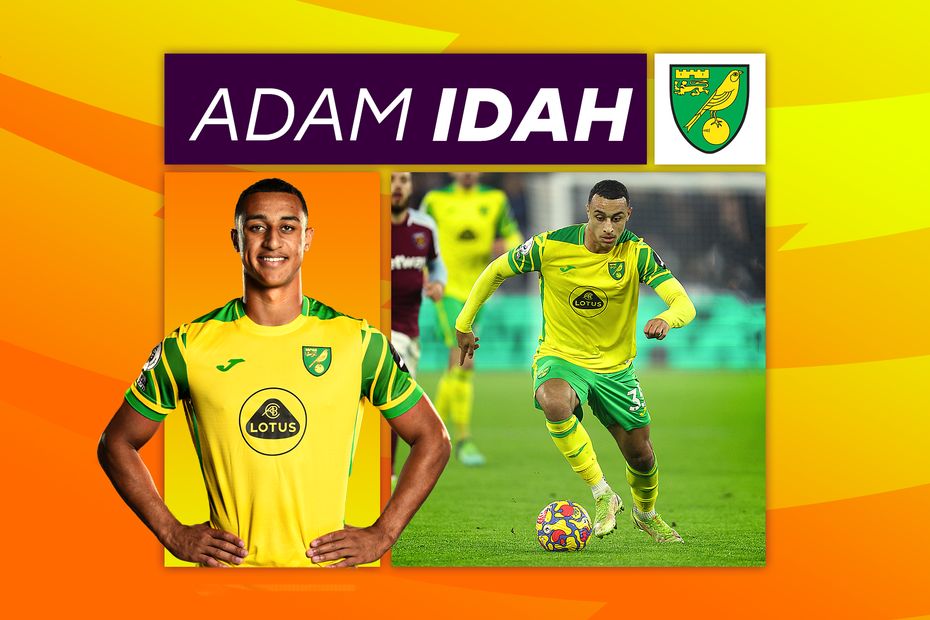 Adrian Clarke looks at key tactical points and players who can be decisive in Matchweek 23.

Norwich City's prospects of picking up a crucial win at Watford on Friday have been lifted by the form of Idah.

The Norwich Academy graduate has played well against West Ham United and Everton, scoring his first Premier League goal in a man-of-the-match display at home to the Toffees last weekend.

Starting up front alongside Teemu Pukki in a 4-4-2 formation, Idah provides Dean Smith’s side with a new dimension.

His hold-up play is impressive for a 20-year-old and his presence has given the Canaries improved physicality up front, offering them a better platform upon which to build attacks.

Idah's determination to grab his opportunity in the first team is reflected in his running stats. His 22.4 sprints per 90 minutes put him top among his team-mates in 2021/22.

He is happy to come short to link up play or run down either flank.

This unselfish work ethic eases the strain on 31-year-old Pukki, who has taken on a huge physical burden in recent seasons as the club's lone striker.

Idah's energy has certainly had an effect in the last two matches.

Standing at 6ft 3in, Idah also offers much-needed height inside the opposition half, which means Canaries defenders can clip aerial passes forward with greater confidence.

If the Idah/Pukki partnership continues, Idah's flick-ons for the clever runs of his Finnish team-mate could be a major asset.

Smith's decision to play two up front gave Everton a number of problems last weekend, and it could be a similar story for Watford.

When Idah drops into pockets, Watford defenders will either have to follow him to stay touch-tight, or communicate properly with the midfielders ahead of them.

For Idah's debut Premier League strike against Everton, Pukki's angled run distracted both opposition defenders, who were drawn towards him.

This freed up an avenue of space for Idah to surge into down the centre, and he was picked out with precision by Brandon Williams.

When the Canaries use a 4-2-3-1 system we do not see enough supporting runs of this nature from their midfield.

Based on their last 180 minutes, it would be a huge surprise if Smith did not name Idah and Pukki in his starting XI for this crucial encounter.

Playing them together would send out a message that Norwich are targeting nothing less than three more valuable points.