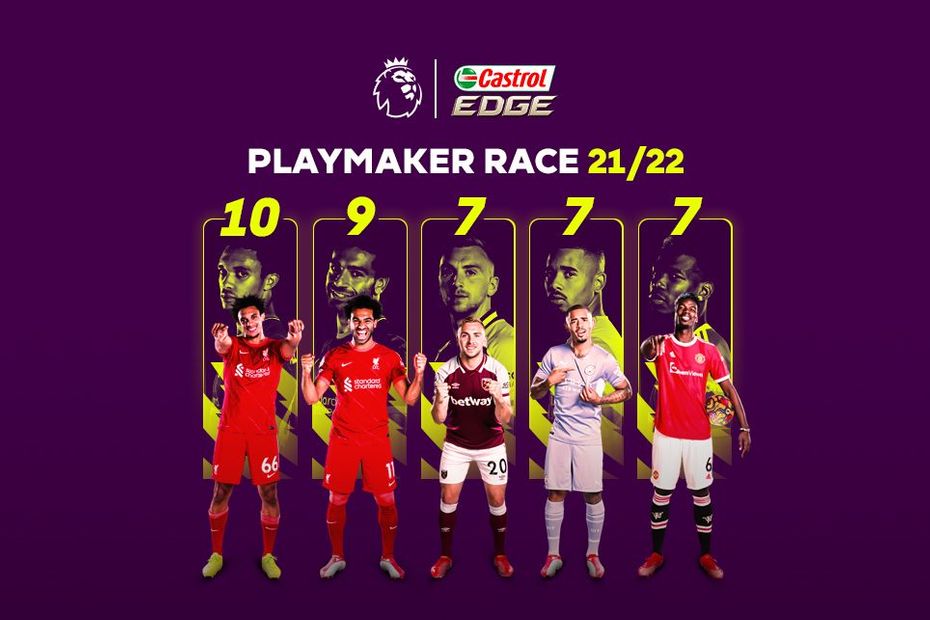 Bowen, Jesus and Pogba are two assists behind Liverpool duo in race for Castrol award

Liverpool team-mates Trent Alexander-Arnold and Mohamed Salah are leading the race for the Castrol Playmaker Award for the most Premier League assists this season, while the chasing pack are close behind.

Alexander-Arnold leads on 10 assists, with Salah one behind, but the latter's departure to the Africa Cup of Nations (AFCON) is set to shake up the standings.

Will West Ham United's Jarrod Bowen and Manchester City forward Gabriel Jesus who each have seven assists and catch or even overtake Salah?

West Ham winger Bowen will also back himself to have a productive spell.

A meeting with Manchester United will hold little fear given he set up a goal in this season's reverse fixture.

Leaders Man City are on a run of 11 consecutive wins and, with fixtures against bottom-half sides Southampton and Brentford coming up, their Brazilian forward Jesus has a good opportunity to close the gap.

Man Utd star Paul Pogba was the early front-runner for the 2021/22 Playmaker Award after becoming the first player in Premier League history to reach seven assists in the first four matches of a season.

But a groin injury suffered in early November means he has been unable to add to that total since. However, he has returned to training with his team-mates and so may soon be able to resume his bid.