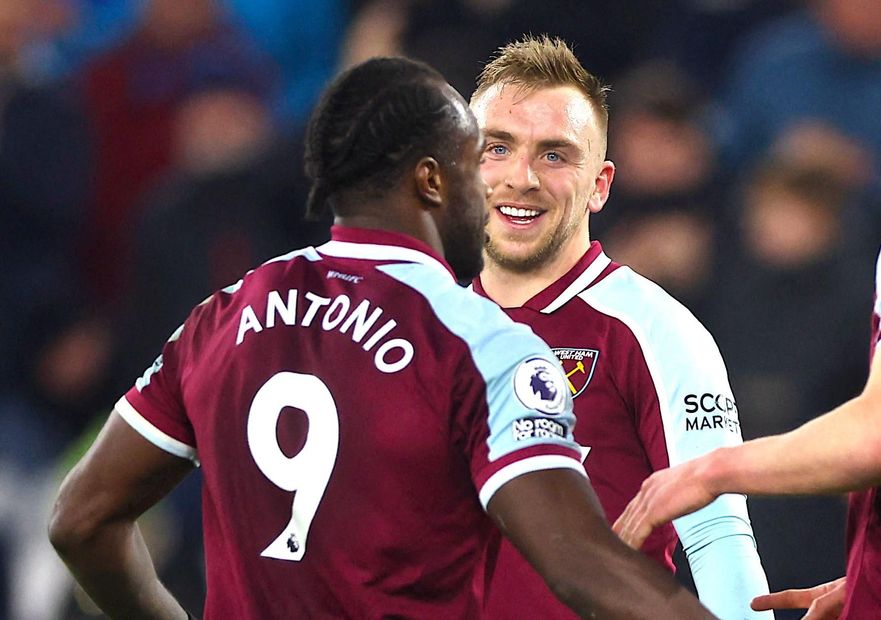 More than two million managers brought in Bowen or Antonio but were you one of the 1.2m who backed the right one?

FPL Update: Best midfielders for Double Gameweek 22
Who is suspended or close to a ban in 2021/22? External Link

It was a long wait but a worthy one for the 1.2million Fantasy Premier League managers who transferred in Jarrod Bowen (£6.7m) for his Double Gameweek 21.

In the final match of the Gameweek, Bowen scored twice in West Ham United's 2-0 win over Norwich City, adding to the assist he got in a 3-2 win at Crystal Palace on New Year's Day. It means he finishes Gameweek 21 with a huge 21 points.

He has contributed to 5️⃣ goals in his last four matches #WHUNOR pic.twitter.com/mAjeIaSUuA

In contrast, the second most-popular signing for Gameweek 21 was unable to further reward his 798,000 new owners as Michail Antonio (£7.9m) blanked against Norwich.

Antonio had scored four goals and 26 points the last time he faced the Canaries, in 2019/20, but could not repeat that feat.

His 43.4 per cent ownership will have to make do with the goal against Palace and nine points across two appearances.

But the winger blanked in the first of those contests as the Seagulls won 3-2 at Goodison Park, before the match against Leicester was postponed due to COVID-19 and injuries.

Antonio and Bowen's fortunes against Norwich will have been of particular interest to the top 100 Fantasy managers, who heavily backed the West Ham pair with the captaincy.

Sixty-six of those elite FPL managers rightly went for Bowen, who more than doubled his team-mate's Gameweek score.

More than 32,000 managers overall took their faith in West Ham's attacking duo a step further by using the Triple Captain chip on them.

Antonio was the No 1 choice for this group, earning triple points for 17,870 managers, but the masterstroke came from 15,169 who played the chip on Bowen.

Among all FPL managers, Antonio was the third most-popular captain.

And although he fell short of Bowen's haul, he did at least outscore the other leading armband picks.

Mohamed Salah (£12.8m) and Cristiano Ronaldo (£12.5m) only had one match in Gameweek 21 and had contrasting fortunes.

While Salah scored against Chelsea before leaving for the Africa Cup of Nations, Ronaldo blanked for the second time in three Gameweeks as Manchester United lost 1-0 to Wolverhampton Wanderers.

Part 2: GW21 Bonus points: Bowen brings in extra
Part 3: Who is suspended or close to a ban?