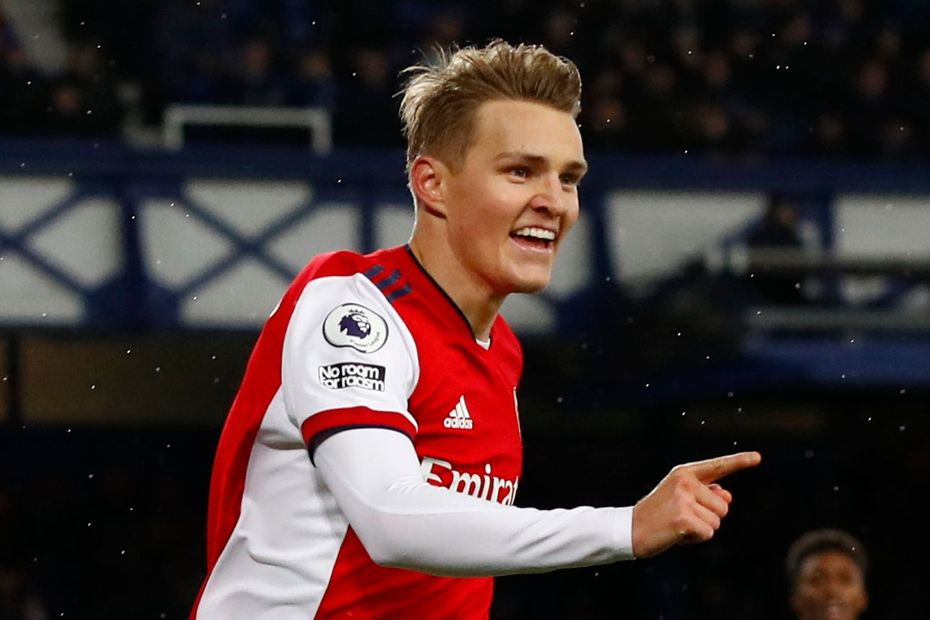 The improving influence of Martin Odegaard (£5.5m) on Arsenal's attack provides managers in Fantasy Premier League with a major source of value and a possible alternative to the in-demand Gabriel Martinelli (£5.3m).

The Norwegian has stepped up his consistency of late, blanking just once in his last five outings.

He totalled 32 points in that run, scoring against Manchester United, Everton and Southampton, and providing an assist against Leeds United.

Indeed, Odegaard ranks fourth among midfielders in Fantasy over their last four matches in the ICT Index, a feature in Fantasy that can help guide the strategies and selections of managers.

In particular, the Norwegian's creativity is proving a major weapon for the Gunners.

His 13 key passes were more than any other midfielder in Fantasy over their last four matches.

In terms of goal threat, Odegaard's nine shots were second to the 14 of Bukayo Saka (£6.3m) for the Gunners, bettering the seven of the in-demand Martinelli.

Meanwhile, his five shots in the box were identical to forward Alexandre Lacazette (£8.4m).

By contrast, Odegaard had managed just one shot in the box in the first 14 Gameweeks.

In terms of frequency, the midfielder's numbers fare well when assessed against his early-season displays.

Odegaard has averaged a shot every 36.8 minutes in his last four outings, compared with 105.4 minutes beforehand.

And his 25 minutes per key pass is almost half his previous average of 49 minutes.

At a cost of only £5.5m, Odegaard's improving all-round influence can reward managers with huge value and a viable alternative to team-mate Martinelli.