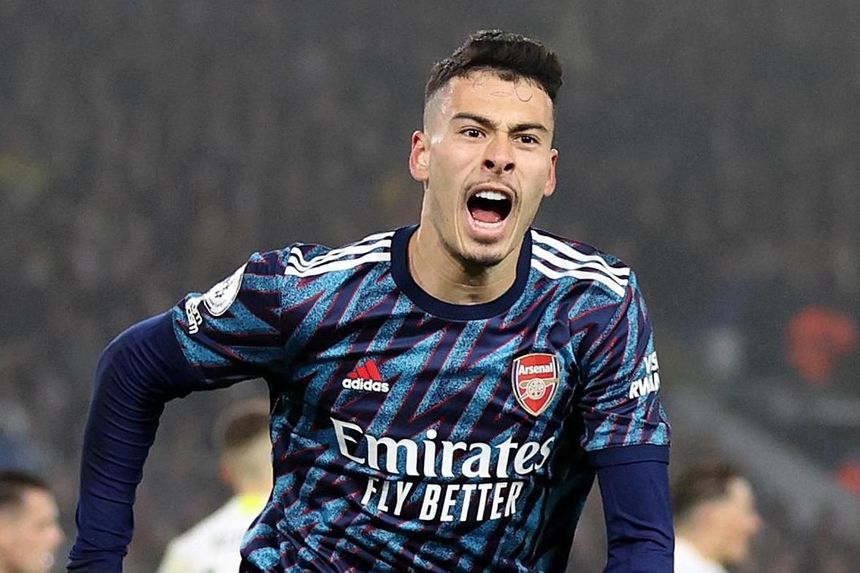 Arteta - It's a strong statement from the team External Link
FPL experts' tips: When to jump on a bandwagon

The form of Gabriel Martinelli (£5.3m) can help Fantasy Premier League managers strengthen their squads amid the raft of fixture postponements.

Only four of the 10 scheduled matches in Gameweek 17 went ahead, following on from Gameweek 16, when seven matches were played.

While managers cannot anticipate when a match will be postponed, they can try to lessen the impact by ensuring that all 15 players in their squad are starters for their respective clubs.

Cut-price players such as Martinelli can be vital in helping to free up funds in order to do so.

The Brazilian scored twice against Leeds United to claim his career-high haul of 15 points in Fantasy at the weekend.

Indeed, Martinelli has started each of Arsenal’s last five matches, blanking only once and collecting 36 points in that spell.

Leeds forward Joe Gelhardt (£4.6m) can prove a handy option to be called off the bench by managers who favour a 3-5-2 formation.

Gelhardt has produced a goal and an assist in the last three Gameweeks, with his minutes increasing after Patrick Bamford (£7.7m) suffered an injury setback.

In defence, Kostas Tsimikas (£3.7m) is expected to start Liverpool’s next two Gameweeks after Andrew Robertson (£7.1m) was sent off against Tottenham Hotspur.

At his incredibly low price, the Greek left-back could offer outstanding short-term value against Leicester City and Chelsea.

Finally, managers are advised to hold on to their transfers until close to the deadline to ensure they keep up to date with the latest news.

In Gameweek 17 over 1.33million bought Ollie Watkins (£7.9m) for Aston Villa’s home fixture against Burnley, which was scheduled to be played on Saturday afternoon.

But a late call-off, prior to the deadline, meant Watkins was without a fixture too.