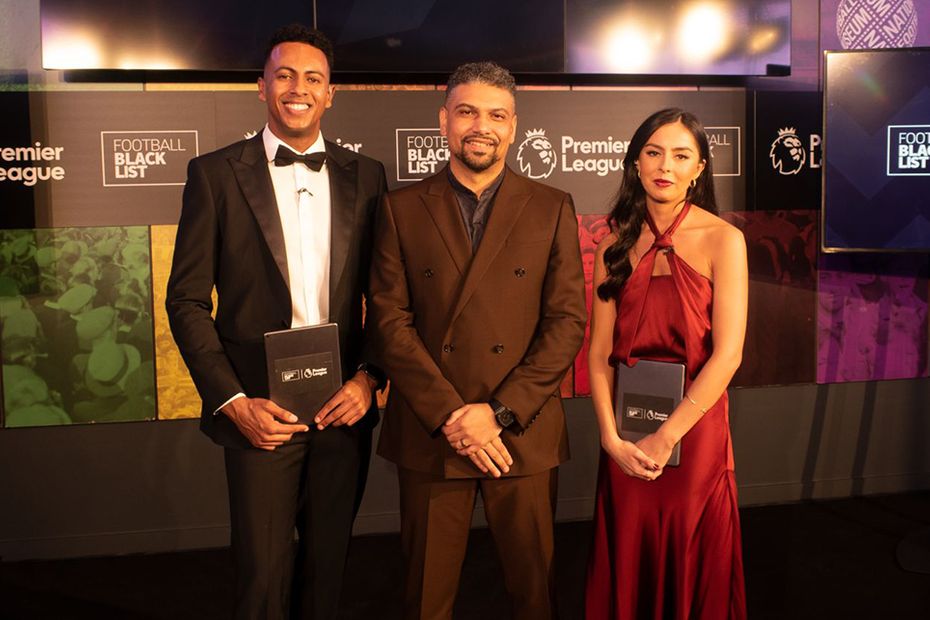 The influence and achievement of black role models working throughout English football has been celebrated this week at the 2021 Football Black List.

The virtual event, held at the Football Museum in Manchester, was again proudly supported by the Premier League and was hosted by Miriam Walker-Khan and Kyle Walker.

It highlighted the inspiring contributions of black people across football from the Premier League to grass roots, and from all parts of the football industry: playing, media, commercial, coaching, communities and administration.

"Black excellence in football is regularly talked about on the pitch and we want to help highlight the contribution of black leaders off the field in the sport, too."

The Plan was published this year and outlines a series of commitments aimed at creating greater access to opportunities and career progression for Black, Asian and other minority ethnic groups in football, and actions to eradicate racial prejudice.

"I'm really delighted and honoured to be included in this year's Football Black List awards," Cleal said. "To be there alongside so many impressive people who are literally changing the face of English football.

"Thanks to those who nominated me, thanks also to the organisers of the Football Black List and of course the Premier League team who have worked so hard with me in the last year to create the No Room for Racism Action Plan."

Inspiring the next generation

Gareth Southgate, Chris Hughton and Yaya Toure helped to announce the awards, which not only celebrates those already working in the industry, but aims to inspire the next generation to follow in their footsteps.

Justin Cochrane was one of the people added to the Football Black List in 2021.

He joined Manchester United this year as head of player development at the Academy, working with  Professional Development Phase players to help maximise their potential.

"It's great to be honoured," Cochrane said. "I am very pleased and I hope I can inspire other people on their coaching journeys."

It is the sixth year the Premier League has supported the Football Black List. Iffy Onuora, Head of Equality, Diversity and Inclusion at the League, says it is important this equality work is recognised.

"There are a lot of outstanding individuals, and well done to all of the winners," he said. "We are not complacent, because we know there's an awful lot of work to do. We are just leading the charge and we sometimes forget the power of football to enable us to do that."

This week's event was dedicated to the memory of fashion designer, former football and Football Black List nominee Marvin Morgan, who died this week.