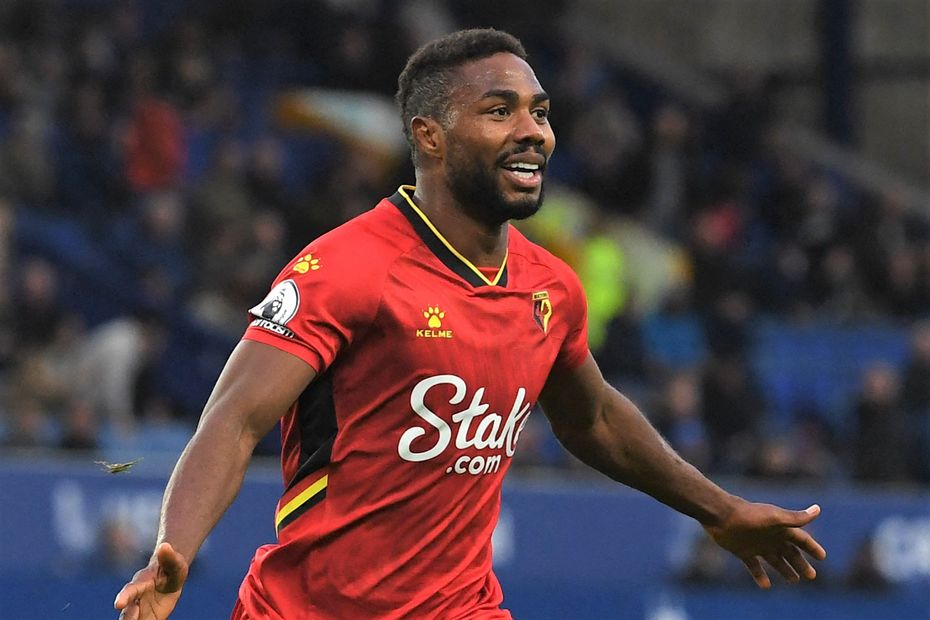 A visit to Leicester City makes Emmanuel Dennis a strong option for managers in Gameweek 13 of Fantasy Premier League Draft.

The Watford forward faces the Foxes on the back of his season-best haul of 14 points against Manchester United last weekend.

Dennis has recorded three double-figure scores in 2021/22, joint-top among forwards in Fantasy.

That highlights his explosive potential against a Leicester side who are without a clean sheet in their last 11 matches in all competitions.

Dennis is among a number of players tipped for success who were overlooked in FPL Draft in the last Gameweek, selected by under half the managers in eight-team leagues.

According to the Fixture Difficulty Ratings (FDR), only one of Brighton & Hove Albion’s next five matches scores more than three.

Since making his debut in Gameweek 4, Cucurella’s 13 chances created rank second for the Seagulls.

Lamptey’s three shots in the box in the last two Gameweeks put him fifth among defenders.

Just one of the Bees' next seven matches scores more than three in the FDR, raising their prospects at both ends of the pitch.

Defender Rico Henry has netted in each of the last two Gameweeks and is the club's top-scoring player in Fantasy on 45 points.

Sergi Canos delivered his second double-figure haul of the campaign against Newcastle United last weekend. The Spaniard is level with forward Ivan Toney on 44 points.

Matt Lowton and Chris Wood have the form to profit from a kind schedule, with just one of Burnley's next seven matches scoring more than three in the FDR.

Wood has scored in back-to-back home matches and will play at Turf Moor in three of the next five Gameweeks.

Two of Leeds' next three matches score two in the FDR, lifting their short-term potential.

James has had 13 shots in the last two Gameweeks, at least four more than any other player in Fantasy.

Spurs have one of the best winter schedules of any side, with six of their next nine matches scoring just two in the FDR.

Defender Eric Dier and winger Lucas Moura have been among the best performers for Antonio Conte.

Dier has 14 points in the Italian’s two Gameweeks in charge, while Lucas has produced a goal and an assist in three matches in all competitions for the new head coach.