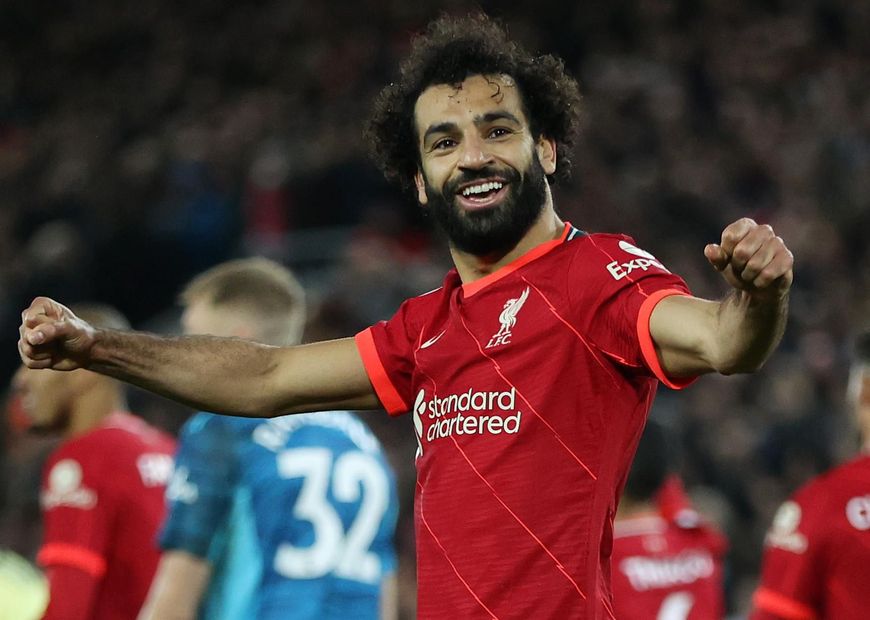 More than four million managers who captained Mohamed Salah (£13.0m) in Fantasy Premier League were delighted to see the Egyptian end a mini goal-drought in Gameweek 12.

Salah was the most-captained player in the game for the ninth Gameweek this season and the 67th time in his FPL career.

He scored his first goal since Gameweek 9 in Liverpool's 4-0 win over Arsenal to return eight points. It was the 10th successive Gameweek in which he has produced at least one attacking return.

For the third successive Gameweek the same three players were the most-captained, with Cristiano Ronaldo (£12.4m) and Bruno Fernandes (£11.7m) behind Salah.

While Ronaldo could not match Salah's points return, he at least provided an assist in Manchester United's 4-1 loss at Watford.

Fernandes, however, blanked for the seventh time this season. Last season's top-scoring player in FPL has 29 points fewer than he did at the same stage of the 2020/21 campaign.

Both Tottenham Hotspur players had shots that were deflected onto the woodwork, but they ended up blanking in the 2-1 comeback victory over Leeds United.

The most-bought player ahead of Gameweek 12 rewarded his 891,000+ new FPL owners with his fourth attacking return in three appearances.

Conor Gallagher (£6.0m) registered an assist in Crystal Palace's 3-3 draw at Burnley, taking his tally for the season to 67 points, the third-highest among midfielders.

And the decision of more than 499,000 managers to sign Reece James (£6.1m) resulted in instant rewards.

The defender secured his fourth double-figure haul of the campaign after producing an assist and a clean sheet in Chelsea's 3-0 win over Leicester City.

Joao Cancelo (£6.6m) completed the top three, being brought in by more than 422,000 for Manchester City's home encounter with Everton.

And those managers would have been cheering as the Portuguese produced a sublime assist for the opening goal, also banking a clean sheet and three bonus points for a 12-point haul.

Jamie Vardy (£10.6m) was the most-sold player for Gameweek 12, dumped by 418,000+ Fantasy bosses who will be feeling vindicated after the Leicester City forward recorded his fourth successive blank.

A calf injury meant Youri Tielemans (£6.4m) was shipped out by more than 263,000 managers, while a one-match suspension led to 359,000+ parting company with goalkeeper Robert Sanchez (£4.6m), who missed Brighton & Hove Albion's 2-0 defeat to Aston Villa.