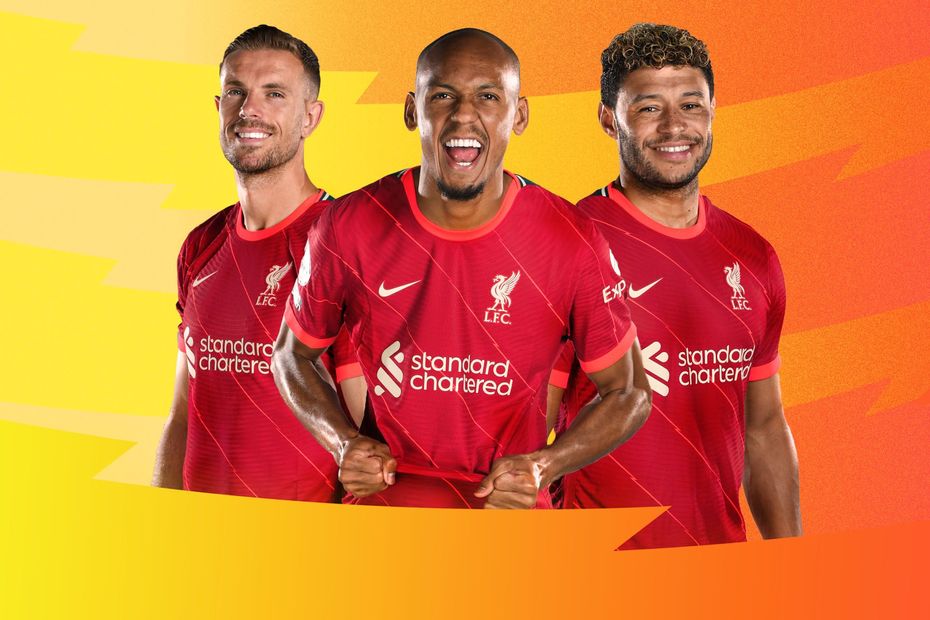 The return of Fabinho to Liverpool’s starting XI adds balance and quality to their central midfield ahead of the much-anticipated fixture at West Ham United.

The fit-again Brazilian, who was outstanding against Atletico Madrid in the UEFA Champions League in midweek, instantly improves Liverpool defensively in the centre.

This was a problem area in their 2-2 draw with Brighton & Hove Albion, who regularly exposed the Reds’ midfield.

When Henderson drops to the right-back spot, it allows Trent Alexander-Arnold to push on more readily into advanced areas.

Jurgen Klopp started with a midfield axis of Fabinho, Henderson and Alex Oxlade-Chamberlain for the first time in 2021/22 on Wednesday.

This combination was excellent, blending great industry with skill.

If all three are selected to play West Ham, it will be the first time they have shared the field together in a Premier League match since an eight-minute spell at the end of Liverpool’s 3-0 victory at Leeds United in September.

Liverpool’s midfield has been accused of lacking creativity but Fabinho, Henderson and Oxlade-Chamberlain have all delivered special individual moments during 2021/22.

Henderson scored with a well-taken strike against Brighton, adding to a pair of eye-catching assists against Brentford and Manchester United.

His defence-splitting pass with the outside of his foot for Mohamed Salah’s hat-trick goal at Old Trafford was superb.

While Fabinho has endured an injury-plagued campaign, he scored in the win at Leeds and played a superb pass for Salah to score at Brentford.

Oxlade-Chamberlain has been eased back into the team after a long-term injury, and his outstanding cross for Sadio Mane to head in against Brighton signalled he is ready to compete for regular starts.

His high energy and driving runs into the box replicate what we have seen from Harvey Elliott and Curtis Jones this season.

West Ham’s Declan Rice and Tomas Soucek have undoubtedly been one of the strongest midfield pairings in the Premier League so far this season.

Showing plenty of class and dominance, they are strong enough to compete on an even keel with Liverpool’s trio.

Klopp has numerous options in midfield, but the promise that Fabinho, Henderson and Oxlade-Chamberlain showed in midweek would suggest they are ready for their London showdown.

Whichever midfield takes charge on Sunday are likely to lead their team to three points.

See: Watford duo have pace and power to hurt Arsenal