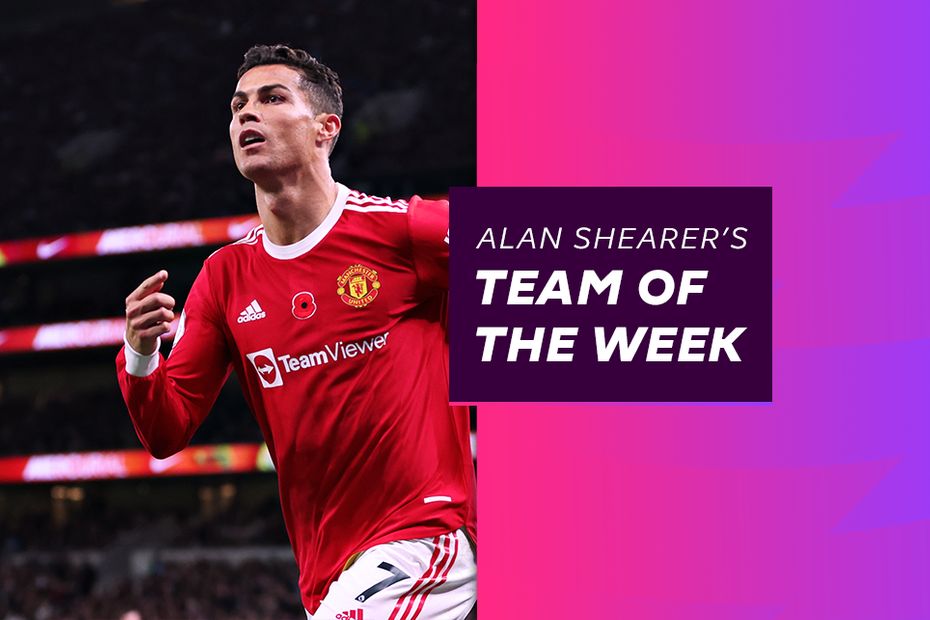 Ronaldo: We never give up External Link

Alan Shearer says Cristiano Ronaldo looked back to his very best after the Manchester United star scored a stunning goal and assisted another in the 3-0 win at Tottenham Hotspur.

The Portuguese had gone four Premier League matches without a goal but got back on the scoresheet in spectacular fashion with a sublime volley, before providing the pass for Edinson Cavani that made it 2-0.

Ronaldo's performance has earned him a place in the Matchweek 10 Team of the Week chosen by the Premier League all-time top scorer and Hall of Fame inductee Shearer.

💫 @alanshearer's Team of the Week is here 💫

What do you make of his picks? pic.twitter.com/iyXRkkzPcI

Aaron Ramsdale (ARS)
“Ramsdale made what could well be the save of the season, as well as several other great stops in Arsenal's 2-0 win at Leicester City. His distribution was impressive too.”

Reece James (CHE)
“Two outstanding goals from the Chelsea right-back, who is becoming a potent threat in attack. He didn’t have to defend much in the 3-0 victory at Newcastle United!"

Raphael Varane (MUN)
“Man Utd needed a commanding defensive display and Varane provided it as his side eased to their victory at Spurs.

Mohammed Salisu (SOU)
“The centre-back was strong in every department as he helped Southampton earn a first away win of the season at Watford.”

Gabriel (ARS)
“The Brazilian was solid defensively and scored an early goal to set Arsenal on their way to victory.”

Tyrick Mitchell (CRY)
“An outstanding performance from the young left-back. He kept Manchester City’s attack quiet in a stunning 2-0 away triumph for Crystal Palace."

Declan Rice (WHU)
“He seems to be in my team every week, and so he should be. Another brilliant performance from West Ham United’s captain to inspire the 4-1 success at Aston Villa.”

Conor Gallagher (CRY)
“Gallagher continues to look very comfortable at this level. The loanee from Chelsea scored a great goal and bossed the midfield.”

Leandro Trossard (BHA)
“The Belgian played as a false nine for Brighton & Hove Albion and caused Liverpool all sorts of problems, scoring the leveller in a well-earned 2-2 draw.”

Cristiano Ronaldo (MUN)
“Back to his very best with a sublime volley when Man Utd needed him most. Not many players could have scored that. Also provided an assist for Cavani."

Maxwel Cornet (BUR)
“Another goal and a brilliant all-round performance in the 3-1 win over Brentford. He has now scored four in his last four Premier League matches in a fine start to his Burnley career.”

Manager: Patrick Vieira (CRY)
“His team produced a magnificent team performance to win at Man City and are getting better every week under the Frenchman.”