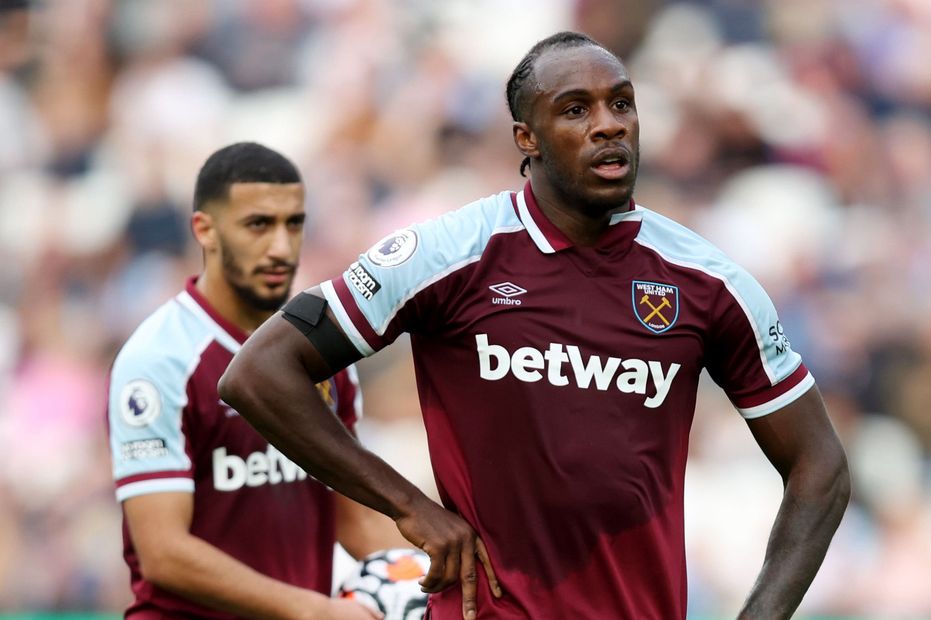 Moyes: We can play better, but I'm thrilled with the four goals External Link
FDR Analysis: Brighton backline packed with differentials
Who is suspended or close to a ban in 2021/22? External Link

The West Ham pair are hugely popular players in Fantasy, both among the top three most-selected overall.

But they are now set to face five of the league’s best six defences over the next five Gameweeks, including matches against Liverpool, Manchester City and Chelsea.

Indeed, three of their next five matches score four or more in the Fixture Difficulty Ratings (FDR).

Antonio and Benrahma started the campaign in fine form, both delivering double-digit hauls in each of the first two Gameweeks.

However, they have struggled for output in recent matches.

Antonio has two goals in his last six outings, while Benrahma has a goal and an assist in his previous eight.

A case for holding Antonio?

Certainly, the underlying numbers indicate Antonio, in particular, has been unfortunate in Fantasy of late.

His 10 shots and nine shots in the box were both joint-top among forwards in the last four Gameweeks, while his 10 chances created ranked first.

Benrahma also fared well in his position, with his 13 shots bettered by only two other midfielders in that period.

However, only four of those efforts were inside the box, showing the Algerian has mainly been limited to long-range shots.

Newcastle United forward Callum Wilson (£7.3m) could be among the best replacements for Antonio.

Over Gameweeks 12-15, Newcastle are at home to Brentford, Norwich City and Burnley.

According to the FDR, three of Wolves’ next four matches from Gameweek 11 onwards score only two.

Brentford face Norwich and Newcastle in the next two Gameweeks.