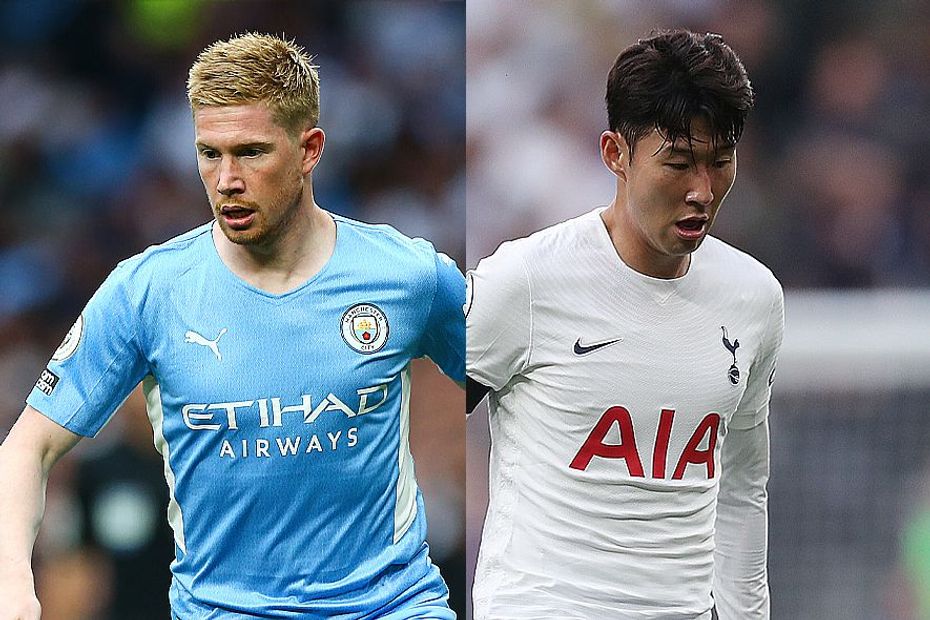 The Scout assesses the best differential armband options for Gameweek 8

Managers in Fantasy Premier League who are looking for a differential captain should consider Kevin De Bruyne (£11.9m) and Son Heung-min (£10.1m).

Liverpool star Mohamed Salah (£12.7m) is expected to be the most-popular armband pick in Gameweek 8 for his trip to Watford.

He is the most-owned player in Fantasy, found in 62 per cent of squads, and has averaged 10 points per match over the first seven Gameweeks.

However, both De Bruyne and Son have very favourable fixtures which can help them deliver big returns.

Manchester City’s De Bruyne hosts a Burnley side who have lost the corresponding match 5-0 in each of the last three seasons.

The Belgian has yet to start a match at the Etihad Stadium this season due to injury.

But his output at the end of the previous campaign underlines his ability to produce double-digit returns.

He has been involved in 83 per cent of their goals when selected this term, scoring three and assisting two.

Son visits Newcastle United on the back of three double-figure hauls in six appearances this term.

The forward has four goals and 27 points in the last three Gameweeks.

His visitors, Manchester United, have been hit hard by injuries in defence and are without a clean sheet in seven matches across all competitions.

Part 2: Who to captain in GW8? What the experts say