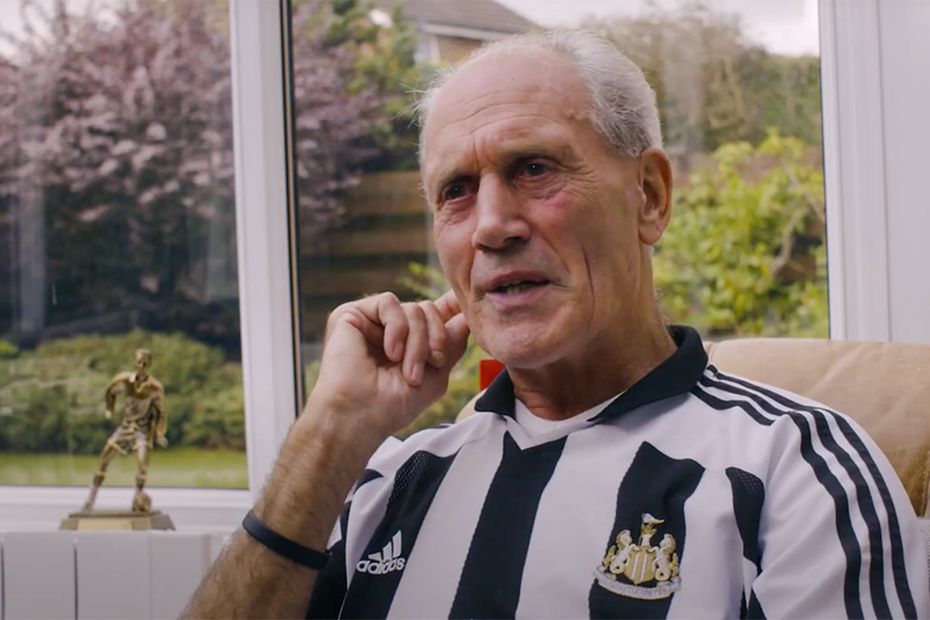 For avid Newcastle fans Rob and Michael, the Newcastle United Foundation's Football Talks programme has helped to ease feelings of loneliness and isolation.

The programme was launched in 2020 and provides an online support group for participants to meet new people, make friends and talk football in an informal environment.

And this support was particularly important with the breakout of the COVID-19 pandemic in the same year.

"I wasn't seeing anyone that I would normally see through an average week anymore and that was difficult," says Michael, who also benefits from the Foundation's walking football sessions.

"To be honest, the hardest thing initially was actually working out how to use Zoom! But we got through that and every single week I’d join a Football Talks sessions to see new faces, and we always had something to talk about and someone to talk to.

"It was really important to me and I know that it made a huge difference to everyone else. If they didn't enjoy it they wouldn’t do it, but we had plenty joining week after week."

Football Talks is part of the Foundation's Be A Game Changer mental health awareness campaign, which uses different programmes to support the mental and physical wellness of young people, adults and older participants.

Villa's first-team defender Tyrone Mings has been a leading voice on the subject of mental health. Earlier this year he revealed how he had his struggles in the build-up to England's UEFA Euro 2020 campaign.

And he has sat down with Aston Villa Foundation ambassador Katharine Merry and Villa fan Gemma Broad to discuss how important it is to look after your mental health.

"The last 12 or 18 months have certainly taught us a lot about how important our mental health is," Mings says. "Now people understand just how important it is.

"The only benefit I get from speaking out is for other people to feel like it is OK. My job is to speak authentically about my experiences and hope it resonates."

The discussion was filmed as part of the Foundation's TeamWork programme, which supports fans using physical and digital engagement and showcases supporters like Gemma as positive role models to inspire others to speak out and normalise the conversation around mental health.

Visit our #StayWell hub for ideas and information on how to support positive mental health.