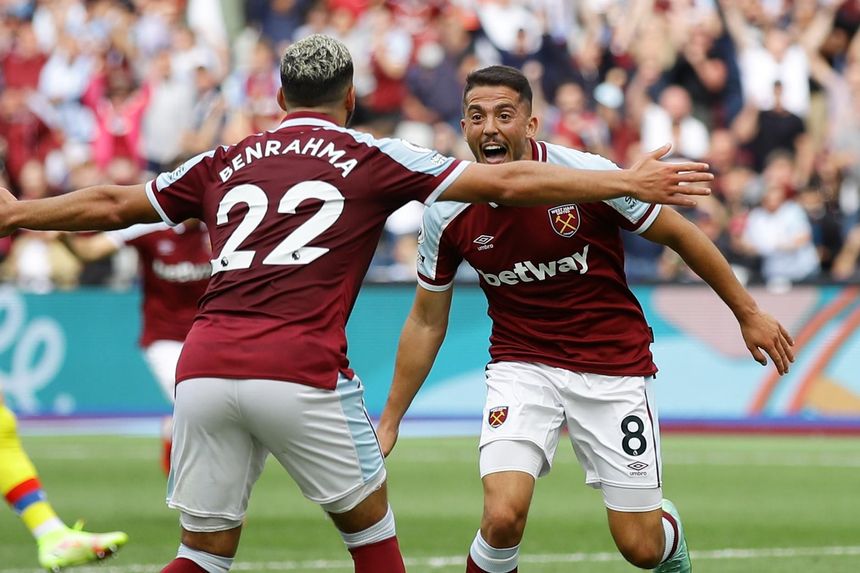 Pablo Fornals: We kept on trying to win the game External Link
How the ICT Index in Fantasy works
Matip can deliver at both ends for FPL managers

The strong start to 2021/22 by Said Benrahma (£6.4m) has made him a huge target for Fantasy Premier League managers.

West Ham United’s Algerian is the most-bought midfielder in the game and second most-bought overall, earning a huge 1.79million transfers in since the start of the season.

Benrahma has combined two goals with two assists to tally 26 points in the opening three Gameweeks.

The ICT Index is a feature in Fantasy that can help guide the strategies and selections of managers.

The Threat metric assesses the players most likely to score goals. While shots are the key action, the Index also looks at the players’ location on the pitch, giving more weight to actions with greater chances to score.

There is little to separate the goal threat offered by Fornals and Benrahma.

Fornals’ six shots and four shots in the penalty area are identical to Benrahma.

He has also recorded more touches in the opposition box, although Benrahma has been slightly more accurate by four shots on target to three.

And in terms of output, Fornals has also matched his team-mate's two goals in the Hammers’ opening three matches.

The Creativity part of the ICT Index can be used as a guide to identify the players most likely to supply assists.

While this analyses frequency of passing and crossing, it also considers pitch location and the incisiveness of the final ball.

Although Benrahma has two assists to the one of Fornals, the latter has been far more impressive as a creative threat.

Fornals has not only completed more passes and crosses, he has supplied twice the number of scoring opportunities for his team-mates.

The Spaniard’s eight key passes are joint-top along with Jarrod Bowen (£6.4m) for West Ham.

Due to his potential for both goals and assists, Fornals ranks sixth among midfielders in the ICT Index with a score of 31.5, three places ahead of Benrahma, who is ninth on 29.2.

A favourable upcoming schedule suggests Fornals can continue to offer a cheaper alternative to Benrahma.

Only one of the West Ham's next seven matches, a home fixture against Manchester United in Gameweek 5, score more than three in the Fixture Difficulty Ratings (FDR).

Fornals’ potential for goals and assists could soon establish him as the go-to Hammers midfielder, according to the ICT Index.

Part 1: Matip can deliver at both ends for FPL managers
Part 3: Jimenez has fixtures to gain big Fantasy points