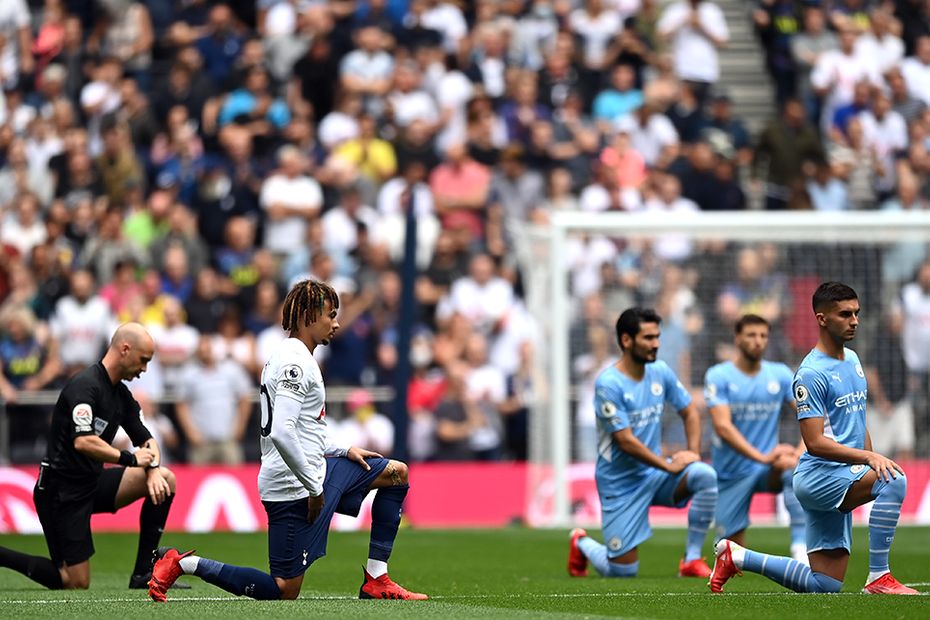 The Premier League has produced a video to reiterate its support for players who take the knee ahead of matches.

The video features a voiceover from six-time Premier League champion Rio Ferdinand and explains why players take the knee and asks fans to show their support.

Last week, Premier League players reaffirmed their commitment to taking the knee, saying: "We feel now, more than ever, it is important for us to continue to take the knee as a symbol of our unity against all forms of racism.

"We remain resolutely committed to our singular objective of eradicating racial prejudice wherever it exists, to bring about a global society of inclusion, respect and equal opportunities for all."

Players and match officials will wear a "No Room For Racism" sleeve badge on their shirts for the 2021/22 season.

This will act as a constant reminder of the commitment by the Premier League, its clubs, players and PGMOL to eradicate racism.

The Premier League worked with the PFA, LMA, Kick It Out and the FSA to produce the video.