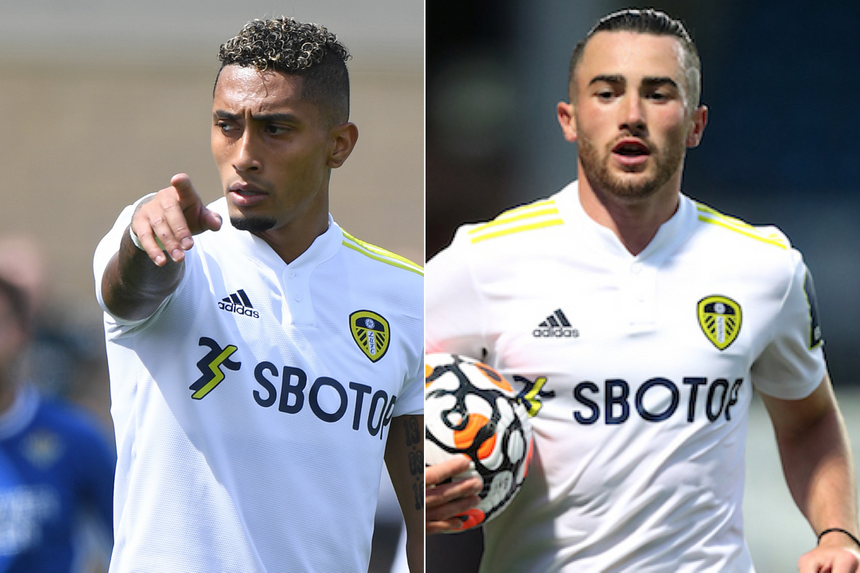 Building a squad in FPL Draft is very different to constructing one for Fantasy Premier League.

In Draft, there are no player prices or squad budgets. There is also no captain.

Crucially, a Premier League player can be owned by only one manager in a mini-league.

Big-hitting midfielders have been the top targets in Draft leagues so far.

Five of the top-six picks, and nine of the top 12, are listed in that position in Fantasy.

While players such as Mohamed Salah, Bruno Fernandes, Kevin De Bruyne and Son Heung-min are likely to be picked up in the first round of Draft, there are a host of options being overlooked.

The Scout highlights midfielders who deserve more attention early on in Draft rounds, with all four failing to make the top 50 picks for current squads.

Leeds United's early schedule appears to have deterred managers from targeting their wingers.

The Elland Road side face Manchester United and Liverpool in their first four matches before a favourable turn in fixtures in Gameweek 5.

As a result, Raphinha and Harrison rank just 31st and 41st in midfield respectively among current Draft picks.

For Raphinha, in particular, that’s in stark contrast to his popularity in FPL, where he is the sixth most-popular player in his position, owned by 20.6 per cent.

After making his first start of last season in Gameweek 9, Raphinha's numbers show why he should be a priority for managers.

His totals of 65 shots, 43 shots in the penalty area and 24 shots were all among the top-six midfielders from that point onwards.

Furthermore, his 64 key passes, 12 big chances and 10 assists placed among the top three.

While that makes the Brazilian the go-to Leeds pick in midfield, Harrison should not be overlooked.

Indeed, he matched Raphinha’s average of 4.4 points per match last season and finished as the sixth top-scoring midfielder in Fantasy.

Marcelo Bielsa’s attacking side are capable of scoring against any opponent, which makes Raphinha and Harrison fixture-proof picks for the entire season.

Such is their potential, doubling up on the Leeds wingers could prove a very successful tactic in Draft this season.

The Watford winger failed to make the top 100 most popular players in Drafts so far, ranking only 67th in midfield.

Yet if the Hornets are to build on last season’s promotion success, Sarr will surely play a prominent part.

He scored 13 goals and supplied four assists for the Championship runners-up.

Furthermore, his 86 shots and 57 shots inside the penalty area were both team-leading totals last term.

Mbeumo has been quick to show his potential in pre-season and scored in Brentford's 2-2 draw at Manchester United.

The 21-year-old mainly plays on the right of a 4-3-3, though his versatility works in his favour when the Bees move to a 3-5-2 formation.

Whereas his fellow winger Canos plays as a left wing-back in such a system, Mbeumo is moved up front to partner Ivan Toney.