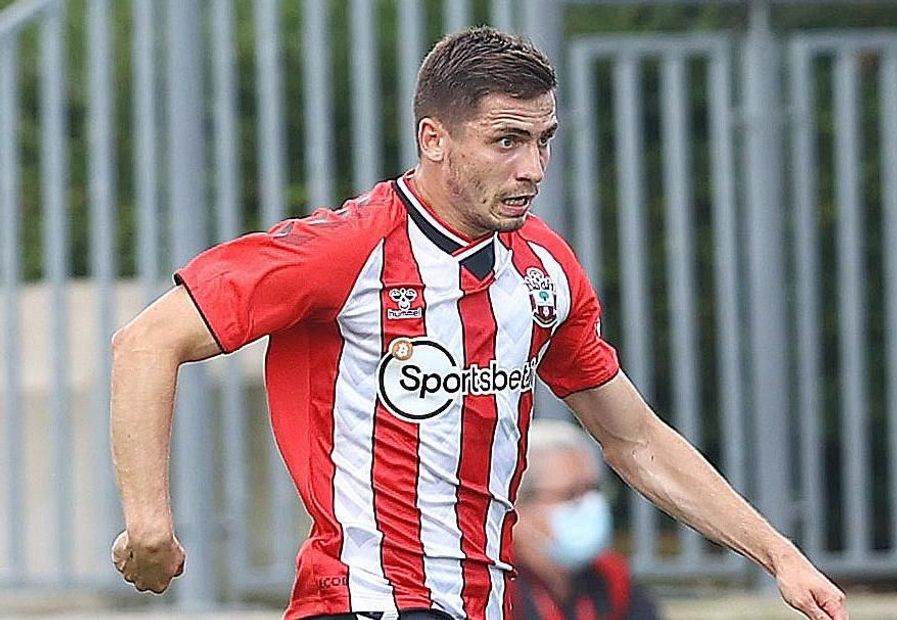 Southampton will be delighted to have signed Ligue 1's best left-back of 2020/21.

Perraud has joined from Brest on the back of an outstanding breakthrough campaign in which he was named in the France Football Ligue 1 team of the season.

The Frenchman is lively and creative inside the opposition half but also able to shackle his direct opponents.

Perraud, 23, is an ideal replacement for Ryan Bertrand, who has signed for Leicester City.

During the second half of last season Ralph Hasenhuttl’s 4-4-2 formation became unbalanced.

Injuries to Kyle Walker-Peters and Bertrand, coupled with a lack of cover, left the manager with little choice but to occasionally deploy central defenders as auxiliary full-backs.

When only one of the flanks featured an orthodox attacking full-back, the structure of Southampton’s forward raids naturally became lopsided and easier to contain.

The introduction of Perraud, who is even more adventurous than right-back Walker-Peters, will give Saints a better balance.

When Southampton go forward in 2021/22 we should regularly see the wingers drift infield, leaving space for the full-backs to exploit.

To avoid being vulnerable to counters, defensive midfielder Oriol Romeu will then drop in to protect and become a third centre-back.

As shown below, Perraud’s stats were highly impressive for Brest.

Hasenhuttl was the only Premier League manager to stick with the same formation for all 38 matches last season, never deviating away from 4-4-2.

But Perraud’s arrival now presents an opportunity to mix up the shape.

He is good enough to cover the entire left flank on his own as a wing-back, just as Walker-Peters would be on the other side, which enables a switch to 3-5-2.

Southampton's poor defensive record is one reason Hasenhuttl may experiment with that system ahead of their season opener at Everton.

Indeed, this calendar year, they have kept only two clean sheets in 22 outings.

Perraud looks a classy addition who will improve Southampton's starting XI in both attack and defence. His acquisition is a real coup.