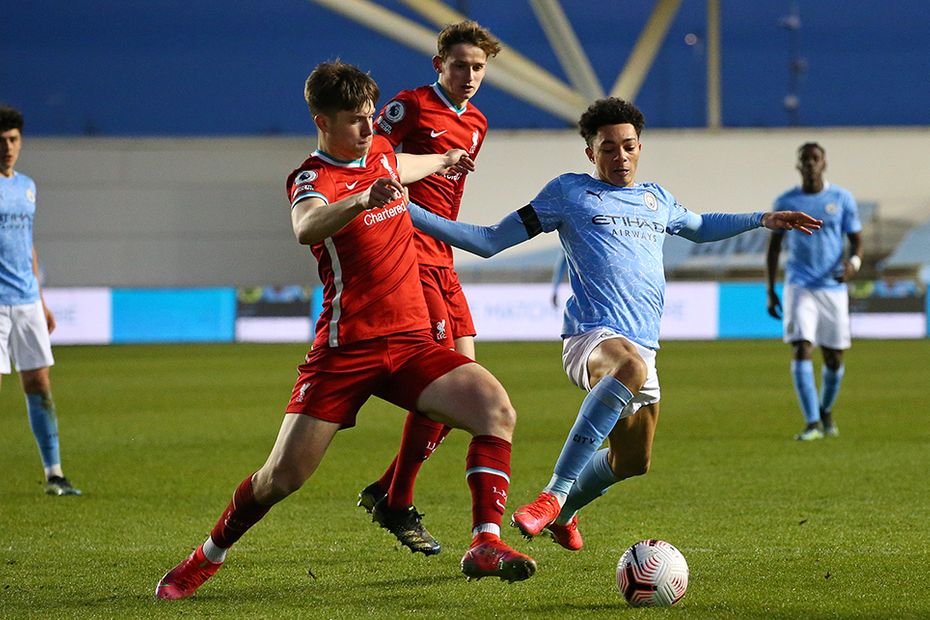 The fixtures for the 2021/22 Premier League 2 season have been released, with champions Manchester City beginning their title defence at Liverpool and two new teams taking part in the competition.

Man City were the runaway 2020/21 PL2 champions, scoring a record 79 goals, and will be under new management in Brian Barry-Murphy when they face the Reds on Sunday 15 August.

Both Division 1 and Division 2 will be expanded to 14 teams this season, after two new clubs, Birmingham City and Nottingham Forest, were awarded Category One Academy status over the summer.

Both new clubs will enter Division 2. Forest have the honour of kicking off the 2021/22 Premier League 2 with a trip to Aston Villa on Friday 13 August. Birmingham's debut match is a trip to Stoke City three days later.

The addition of Forest and Birmingham means that Southampton are the only side relegated to Division 2, with Leicester City, who finished second-bottom in Division 1, staying in the top flight.

The two promoted sides from Division 2, Crystal Palace and Leeds United, meet in their Division 1 opener in south London on Monday 16 August.

All the 2021/22 Premier League 2 fixtures, which are subject to change, are available on the PL2 fixtures page.

You will be able to follow all the latest PL2 and Under-18 Premier League matches this season on the official Premier League app, where you can find team line-ups, live in-match stats and text commentaries for every fixture in the competitions.

On the app homescreen, click on the "PL" button at the bottom and in the "Fixtures" PL2 section, you will find the fixtures or live matches. Go to the "Results" PL2 section for results, match details and stats as well as line-ups.

On the "Stats" section of app, scroll down to find the PL2 and Under-18 top scorers, players with the most assists and much more.