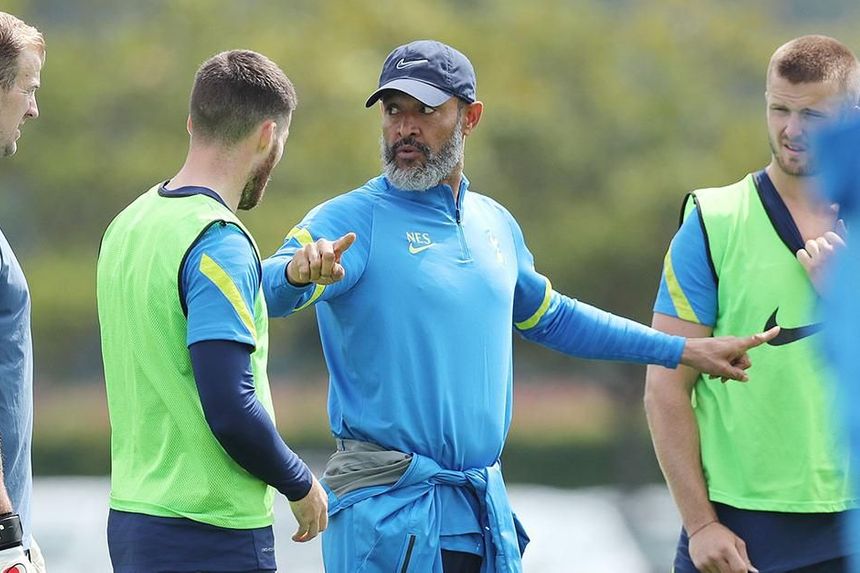 Nuno on Orient test and pre-season so far External Link

Matt Doherty on Nuno, pre-season, 20/21 and his outlook for 21/22 External Link
Nuno can revive Spurs defenders in Fantasy

Adrian Clarke looks at the favoured tactics of the managers who have taken charge of Premier League clubs this summer, and assesses how they can take their sides to the next level.

One of Nuno's primary targets will be making Tottenham Hotspur harder to beat.

The head coach inherits a team who lost over 30 per cent of their matches last season.

Nuno was an outstanding organiser during a highly successful four-year spell with Wolverhampton Wanderers, albeit with a difficult final six months at Molineux.

His teams were well-structured, disciplined, hard to break down and, crucially for Spurs, set up to spring fast and incisive counter-attacks.

If Nuno can improve Spurs' work off the ball while developing their existing strength on the break, he will bring about improved results.

It will be fascinating to see whether Nuno designs his strategy around the 3-4-3 system that worked so well for him at Wolves.

While he would tinker at times, much of his success came from using a deep-lying back three and adventurous wing-backs.

Last season Nuno moved to a 4-2-3-1 formation, but results were mixed.

If Nuno instructs his Spurs players to sit back in a mid-to-low block, it will not be a new approach for them.

Spurs made only 228 high turnovers last term, the third-fewest in the Premier League, one place ahead of Nuno's Wolves, with 205.

Spurs fans are used to seeing their side start matches quickly.

Across the past three seasons, the north Londoners boast a tremendous record in the opening 45 minutes.

At Wolves, Nuno's team were the polar opposite.

They very rarely led at half-time and had a negative first-half goal difference in all three of their Premier League seasons under him.

However, Wolves did finish matches strongly.

Nuno's pragmatic style of play has been likened to that of his predecessor and countryman Jose Mourinho.

However, with more talented players at his disposal, Nuno has the chance to show his tactical versatility and prove he is the right man to take Spurs forward.

Part 1: Benitez must balance attack and defence at Everton
Part 2: How Lage can get Wolves' attack back on track
Part 3: Vieira to revitalise Palace with fresh approach