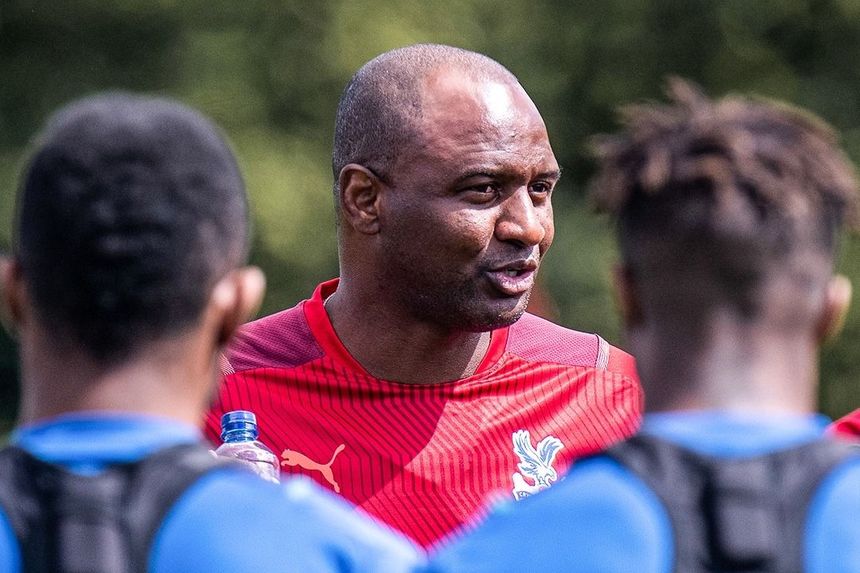 Adrian Clarke looks at the favoured tactics of the managers who have taken charge of Premier League clubs this summer, and assesses how they can take their sides to the next level.

With several senior players out of contract at Crystal Palace this summer, new manager Vieira has an ideal opportunity to quickly stamp his own mark on the squad.

Having signed a three-year contract to succeed Roy Hodgson, Vieira will almost certainly look to reduce the average age of Palace's starting XI.

At 29 years and 213 days, it was the oldest in the competition last season.

Vieira's intention to freshen up the group with younger players has been made clear already with the signing of prospects Michael Olise from Reading and Marc Guehi from Chelsea, along with on-loan midfielder Conor Gallagher.

Under the guidance of 45-year-old Vieira, Palace are likely to become a more possession-based side.

In his previous roles at New York City and Nice, the former Arsenal captain liked his teams to keep the ball for long periods.

During 2019/20, his final full season in charge of Nice, only Paris Saint-Germain and Lyon enjoyed a larger share of possession in France's top flight.

But it may take time to implement this change, given Palace were accustomed to spending a lot of time without the ball under Hodgson.

One criticism of Vieira’s philosophy has been that it could be too slow and laborious, with a strong emphasis on pragmatism.

This cautious approach makes him a good fit at Palace, a club who have relied on defensive security to maintain their top-flight status.

Vieira’s stock as a Premier League player will always be extraordinarily high. Indeed, he captained Arsenal to three titles and was this year nominated to be inducted into the Premier League Hall of Fame.

But he is also building a very creditable CV as a manager.

During two-and-a-half years in Major League Soccer with New York City, he won 39 out of 83 regular season matches, more than anyone else.

At the start of 2018/19, Vieira took over from Lucien Favre at Nice, a coach who played an exciting brand of attacking football.

At the other end of the pitch, however, they suffered a big downturn, scoring only 30 goals compared with 53 under Favre.

But Vieira's Nice went on to finish seventh thanks to the outstanding preparation and organisational skills which made his team difficult to beat.

It will be fascinating to see the direction he takes Palace over the course of the next few months.

Expect Vieira to make big changes as he looks to tackle the challenges of the Premier League once more, only this time as a manager.

Part 1: Benitez must balance attack and defence at Everton
Part 2: How Lage can get Wolves' attack back on track
Part 4: Nuno can add defensive stability to Spurs' attacking threat