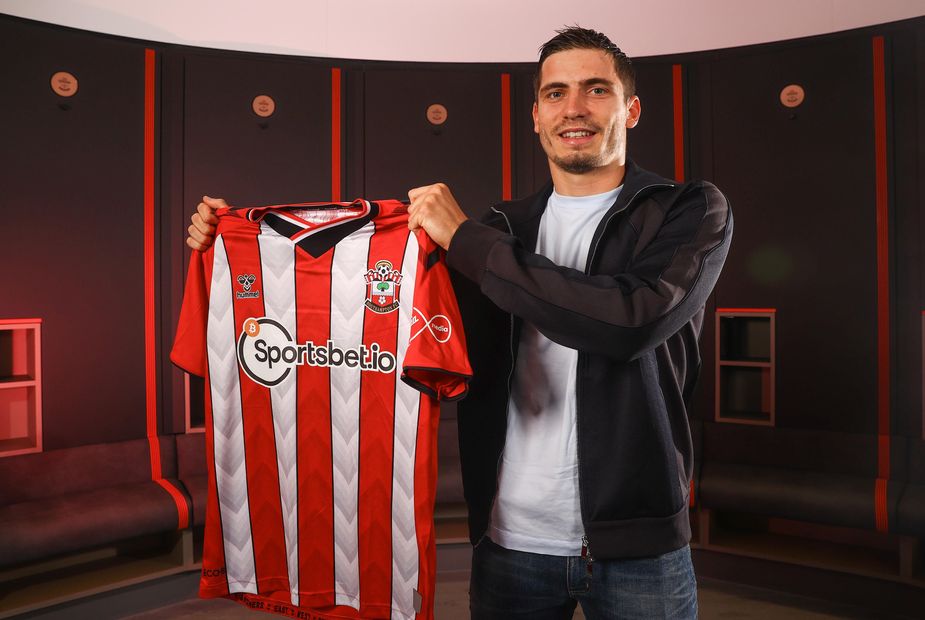 Southampton have made their first senior signing of the summer with the arrival of defender Romain Perraud from French side Stade Brest.

The 23-year-old left-back has signed a four-year contract and will join up with the Southampton squad ahead of pre-season training.

"I think it's the best club for me," he told the club's official website. "The manager explained to me the project of the club and for me that’s very important.

"He spoke with me about tactics, of the way to play, and there are similarities in his play to mine. The feeling was very good, so now I'm here and I'm very happy."

"I'm very happy to be a Saint." 😁@Romain_Perraud on joining #SaintsFC, and the influence of one former teammate...

Perraud has made 61 appearances, scoring three goals, since joining Brest in 2019. In 2020/21 he was named in the France Football Ligue 1 team of the season.

"He is a high energy, robust guy with good aggression who will bring lots of energy to our play," said Saints manager Ralph Hasenhuttl.

"He has good quality with his delivery from wide and is very competitive with his defending."

Perraud could make his Premier League debut when Saints travel to Everton on Saturday 14 August.