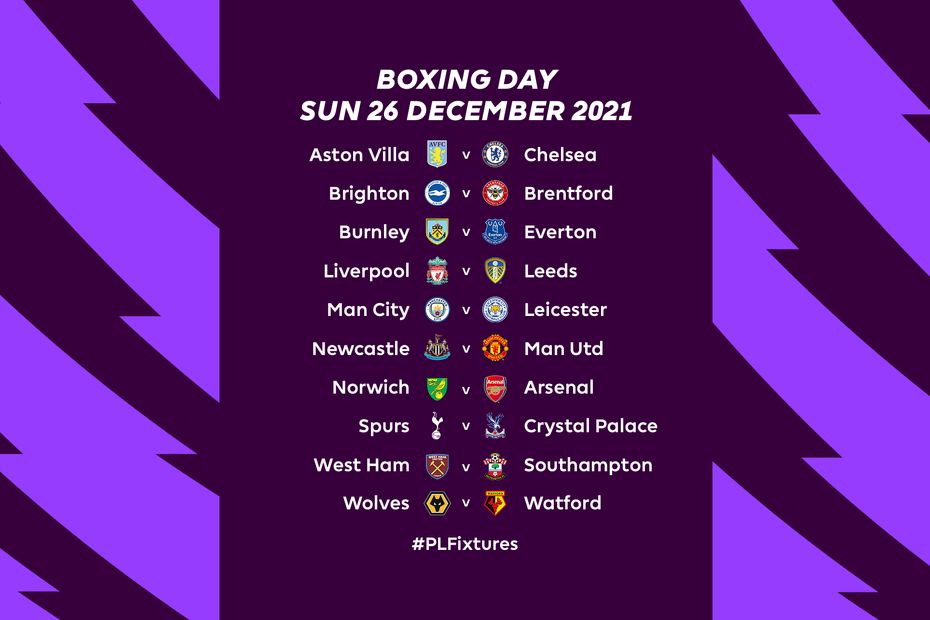 Boxing Day is one of the most keenly anticipated days of the Premier League calendar and this season will be no different, with some exciting matches in store.

Leeds United celebrated their return to the Premier League last season with a trip to Liverpool on the opening weekend, and they will be returning to the scene of that seven-goal thriller on 26 December.

Mohamed Salah scored a hat-trick in the Reds' 4-3 win and, with both sides wedded to attacking football, fans can expect to be treated to more goals at Anfield.

But the champions will be hoping for a different outcome to that 5-2 reverse, when Jamie Vardy scored a hat-trick for the irresistible Foxes in Matchweek 3 of last season.

St James’ Park will be the scene for another intriguing contest when Newcastle United host Manchester United. There have been at least four goals scored in the last three meetings between the sides.

Aston Villa gave Chelsea a fright on the last day of the 2020/21 season, beating them 2-1 to threaten the Blues' hopes of a top-four finish, so Thomas Tuchel’s men will not take their hosts lightly when they return to Villa Park.

Elsewhere, Southampton, Crystal Palace and Norwich City will all be looking to reverse disappointing records against their Boxing Day opponents.

Saints have shipped three goals in each of their last four visits to West Ham United. Norwich are without a home win against Arsenal in nine years. And Palace have not won a Premier League match at Tottenham Hotspur since November 1997.