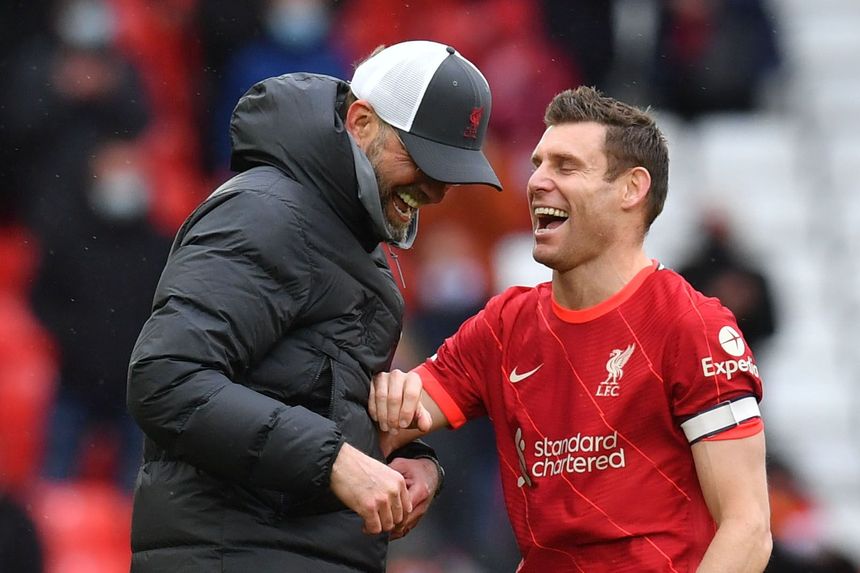 Liverpool and Chelsea secured top-four finishes while Leicester City narrowly missed out on the UEFA Champions League again in a dramatic finale to the 2020/21 Premier League season.

As fans returned to the 10 fixtures' stadiums for the first time this year, Liverpool beat Crystal Palace 2-0 to secure third spot as Sadio Mane equalled a Premier League record by scoring for an eighth successive match against the Eagles.

Leicester looked set to leapfrog Chelsea, as they twice led Tottenham Hotspur through penalties from Jamie Vardy while Aston Villa were ahead at home to the Blues.

But each time Spurs equalised at King Power Stadium to drop Leicester back to fifth before Gareth Bale struck twice to end the Foxes’ hopes and make Chelsea’s 2-1 defeat at Villa Park immaterial.

It meant that, as when they lost to Manchester United on the final day of last season, Brendan Rodgers' team were denied a return to the top four at the end.

Spurs’ win meant they ended in seventh and earned a place in the UEFA Europa Conference League, finishing above Arsenal, who had beaten Brighton & Hove Albion 2-0.

Having scored one and set another up, Harry Kane secured both the Golden Boot and Playmaker of the Season awards, presented by Coca-Cola, with league-high 23 goals and 14 assists in 2020/21.

Sergio Aguero came off the bench to net twice on his farewell appearance for Manchester City to break Wayne Rooney's Premier League record of most goals scored for one club.

The Argentinian's six-minute brace took him to 184 Premier League goals for City, one ahead of Rooney's 183 for Man Utd as Everton were beaten 5-0 at the Etihad Stadium.

After the match, City then lifted the Premier League Trophy for a fifth time.

Joe Willock struck for a seventh consecutive Premier League match to become just the second Newcastle United player to score in seven in a row after Alan Shearer and the youngest player in the competition’s history to do so.