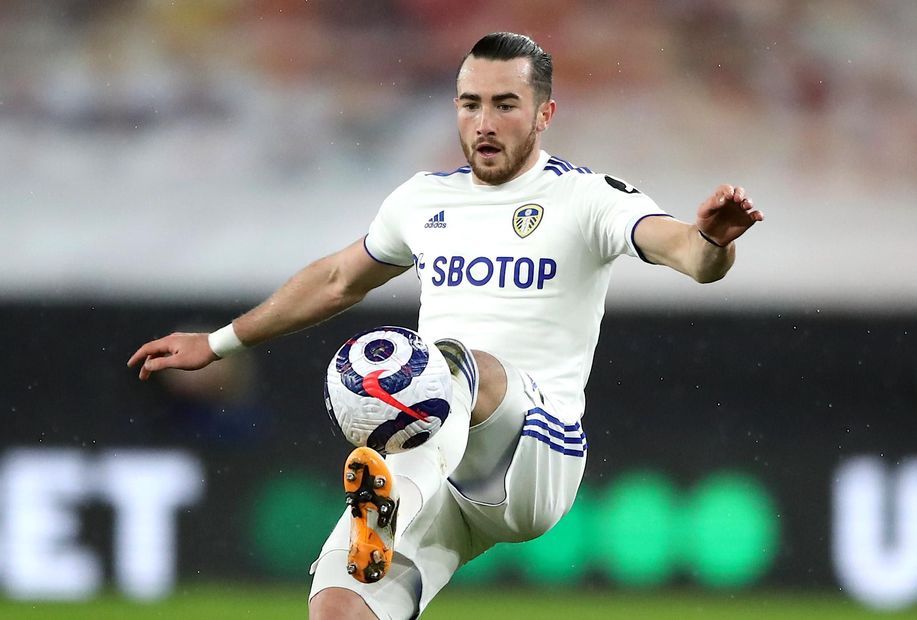 FPL Show Ep 37: Best midfielders for Gameweek 38
Who to captain in GW38? What the experts say
FPL team news: Late test for Jota

Jack Harrison’s (£5.6m) recent form has made him a top target among Fantasy Premier League managers for Gameweek 38.

The Leeds United winger produced his season-high haul of 16 points against Burnley in Gameweek 36, scoring once and producing two assists in a 4-0 win at Turf Moor.

He is among the three most-bought midfielders ahead of Sunday’s 14:30 BST deadline, earning 65,000+ new owners for his home match against relegated West Bromwich Albion.

Harrison’s nine chances created and five shots in the box both rank among the top two players for Marcelo Bielsa's side in the last four Gameweeks.

He is among three Leeds players included in the Scout Selection, with Mohamed Salah (£12.9m) handed the armband and Harry Kane (£11.9m) named as vice-captain.

Manchester City’s No 1 has kept 18 clean sheets this season on his way to winning the Golden Glove award. Ederson can add to that tally at home to an Everton side who have scored once in their last three matches.

Multiple routes to returns makes the Liverpool right-back a strong captaincy option for a home encounter with Crystal Palace. Alexander-Arnold has combined one goal and five assists with four clean sheets and 16 bonus points in his last nine appearances.

Leeds’ Northern Ireland international can thrive at both ends of the pitch against West Brom. Dallas has scored three goals and earned three clean sheets in his last seven outings, blanking on only two of those occasions.

The Burnley centre-back enjoyed a successful previous meeting with Gameweek 38 hosts Sheffield United. Mee claimed his season-high haul of 15 points, scoring the decisive goal in a 1-0 win in Gameweek 16.

His quest for the Golden Boot, combined with Liverpool’s push for a top-four finish, will make Salah the go-to armband pick for many Fantasy managers. He boasts an excellent record against Palace, with five goals and four assists in his last four meetings with them.

The Senegalese has improved his consistency, blanking in only one of his last seven starts. Mane has also thrived in meetings with Palace, scoring in seven successive outings.

Eight goals and nine assists have helped him into seventh place among Fantasy midfielders.

The Brazilian scored and earned eight points in a 5-0 victory over West Brom in Gameweek 16. At a cost of £5.5m, Raphinha offers a cheaper alternative to Leeds striker Patrick Bamford (£6.6m), who has scored only once in his last six home outings.

Tottenham Hotspur’s talisman has five goals and 34 points in his last four away appearances ahead of a trip to Leicester City. Kane has a prolific record against the Foxes, scoring 14 goals in 11 meetings with them.

West Ham United’s forward produced a goal and an assist at home to Southampton last season. Antonio has scored three goals in four appearances since returning from injury.

The Leicester striker faces Spurs in excellent home form. Iheanacho has six goals, an assist and 44 points in his last five matches at King Power Stadium and could be key as the Foxes push for a top-four finish.