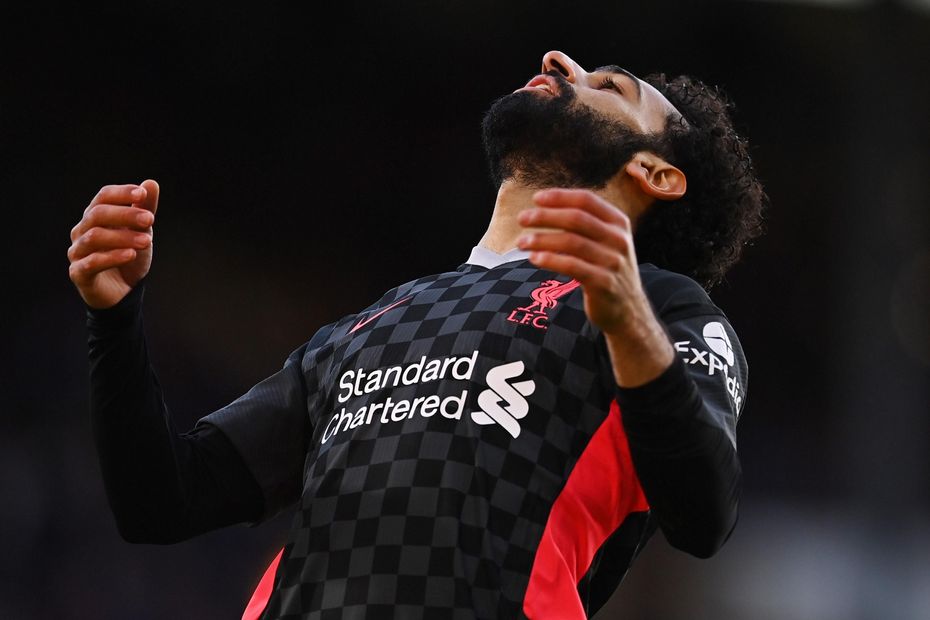 It proved to be a frustrating night for those Fantasy Premier League managers who captained either Mohamed Salah (£12.8m) or Harry Kane (£11.8m) as both players failed to produce attacking returns on Wednesday.

The Liverpool star's run of registering a goal or an assist in each of his last six starts came to an end in the 3-0 victory at Burnley.

While over 1.5million FPL managers backed the Egyptian with the armband, the 1.3m who entrusted Kane were left equally disappointed.

A third blank in four matches resulted in the third-most popular captain returning only two points as Tottenham Hotspur suffered a 2-1 home defeat to Aston Villa.

The Portuguese extended his lead at the top of the overall player standings with his 14th FPL assist of the campaign.

Fernandes was given the armband by just under 1.6m managers for Manchester United's home match against Fulham.

It was the 11th time this season that he has been the No 1 captain pick, and it proved to be the most prudent choice among the leading picks.

The leading 100 FPL managers captained the same three players but in a different order, with Salah the most popular choice.

But he was unable to add to his tally, leaving his 218,000+ new owners disappointed.

The second and third most-bought players suffered a similar fate.

A tactical reshuffle led to the Spaniard being withdrawn after just 14 minutes when Joao Cancelo (£5.8m) was sent off.

A foot injury prompted more than 644,000 Fantasy managers to part company with Diogo Jota (£6.9m), the most-sold player ahead of the deadline.

But they were made to immediately regret that decision as Watkins scored his 14th goal of the season and claimed maximum bonus to register nine points.

The second most-selected player in FPL, Son Heung-min (£9.7m), suffered a dent to his ownership with over 115,000 parting company with the South Korean following his blank in Gameweek 36.

Those sales were justified after Son claimed only two points as Spurs faltered against Villa.