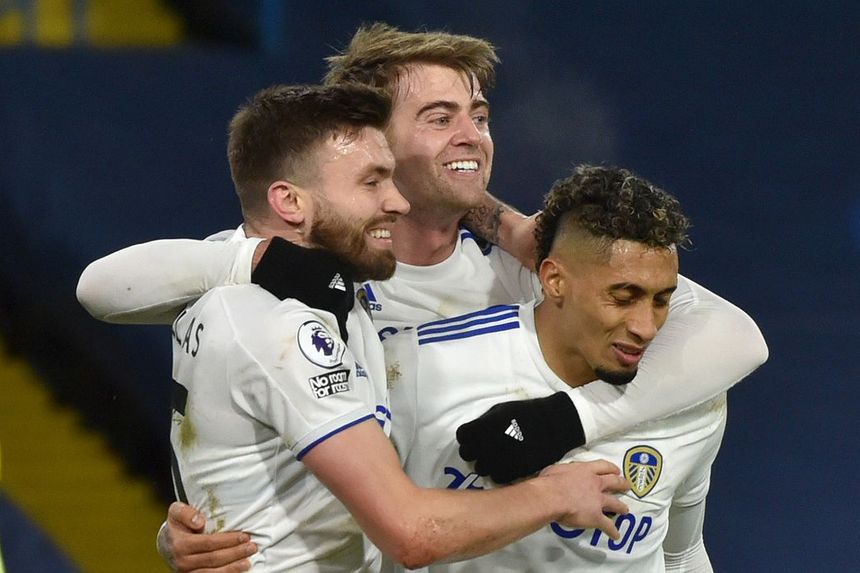 A trip to Burnley gives Stuart Dallas (£5.3m) the chance to strengthen his position as the top-scoring defender in Fantasy Premier League.

The Leeds United man has combined eight goals and three assists with 10 clean sheets in his 35 appearances this term.

That includes a shutout in his previous meeting with the Clarets in Gameweek 15.

Dallas’s attacking potential is a huge factor. Listed as a defender in Fantasy, the Northern Ireland international has thrived following a mid-season move into midfield.

Manchester City’s No 1 looks their most secure option at the back for their trip to Newcastle United. Ederson has excelled on his travels recently, conceding just one goal in his last five road trips.

The Liverpool right-back has returned to top form and climbed into second spot among defenders. Alexander-Arnold visits West Bromwich Albion on the back of one goal, four assists and three clean sheets in his last seven appearances.

The Everton left-back has blanked only once in his last six matches, thanks to an assist and four clean sheets. Digne can extend that run of returns at home against a Sheffield United side who have scored just once in their last seven away matches.

He is the most-bought defender in the Gameweek, earning over 175,000 new owners for Leeds’ match at Burnley.

Liverpool’s Egyptian is among the top captaincy contenders against relegated West Brom. Salah has scored or assisted in each of his last five starts and is now level with Harry Kane (£11.8m) in the Golden Boot race on 21 goals.

Tottenham Hotspur’s South Korean has scored in three successive appearances ahead of a home encounter with Wolverhampton Wanderers. Eight of Son’s last nine double-figure hauls have come at home.

The Aston Villa winger scored and earned seven points in his previous meeting with Crystal Palace. Traore’s total of 11 shots in the box in the last four Gameweeks ranks fifth among midfielders in Fantasy.

Leeds’ fit-again Brazilian can take advantage of a Burnley side who have only one clean sheet in their last 10 matches at Turf Moor. Since making his first start of the season in Gameweek 9, Raphinha’s total of 57 chances created is at least 20 more than any team-mate.

The Golden Boot contender has been Spurs’ main goal threat in recent matches. Kane’s 16 shots and nine shots in the box in his last four appearances are both more than any team-mate.

Everton’s frontman is in fine form for his home meeting with a Sheff Utd side who are without a clean sheet away from home this season. Calvert-Lewin has scored in two of his last three matches, totalling 19 points.

The Leeds striker is the most-bought player in the Gameweek, earning over 200,000 new owners. Away from home, Bamford’s 53 shots and 43 shots in the box both put him among the top two players in Fantasy this season.