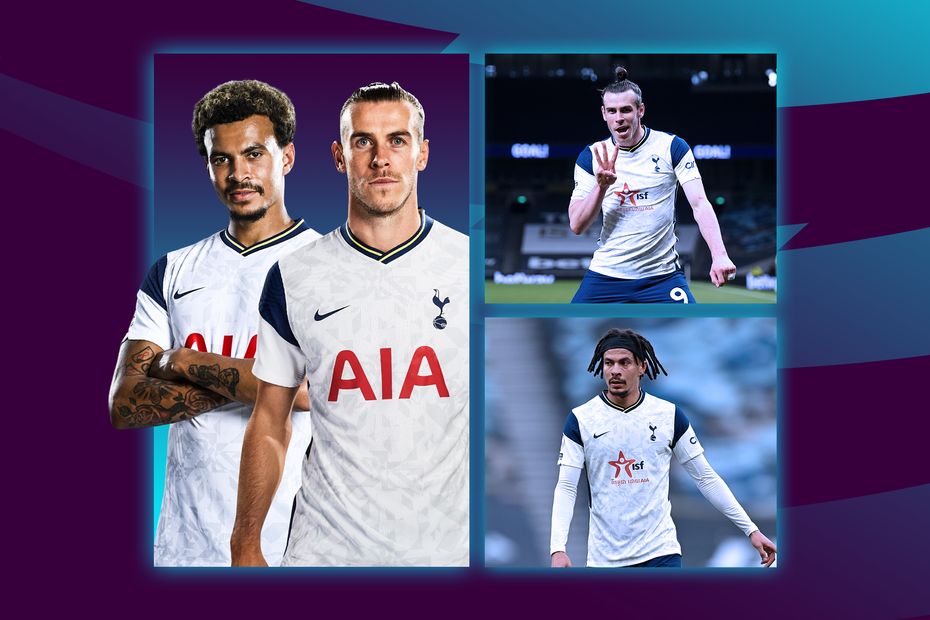 Sanderson: Bale is steps ahead of other players

Would Tottenham Hotspur be higher than sixth place if they had used Gareth Bale and Dele Alli alongside Harry Kane and Son Heung-min on a regular basis?

We will never know, but when Ryan Mason started the four players together in a Premier League match for the first time last weekend, it provided exciting football.

They performed with freedom, interchanging positions beautifully in a 4-0 win over Sheffield United that featured a hat-trick from Bale and a superb Son goal from outside the box.

Between the four players, they accounted for 16 of Spurs' 20 shots on goal.

Before that match, Dele, Bale, Son and Kane had been on the pitch together for only 108 minutes in all competitions. This equates to 2.2 per cent of their 2020/21 campaign.

If Mason, Spurs' interim head coach, names all four in another attack-minded starting XI at Leeds United on Saturday, we could be in for a thriller at Elland Road.

Their combined movement and class will provide a stern examination for a side who like to adopt a man-to-man marking strategy.

Under Jose Mourinho, the on-loan Bale was not afforded an extended run of matches to prove his worth, but his numbers are impressive.

In the Premier League, he has nine goals from eight starts, appearing 16 times overall. When you include cup matches, the Welshman boasts 14 goals from 17 starts.

Coming in off the right flank, Bale has been Spurs' most efficient finisher, registering a 34.6 per cent conversion rate.

He has also scored league goals at a rate of one every 80.8 minutes.

Bale has, however, yet to net a top-flight away goal since rejoining from Real Madrid on a season-long loan, and all of his goals have come against opponents currently lying 13th or below.

Averaging 3.59 shots per 90 minutes, second only to Kane, the 31-year-old will be eager to deliver at Leeds.

Although it may take time for Dele to fully regain his match sharpness, he caught the eye against Sheff Utd.

He offers a high work-rate in the No 10 position, a trait that helps him to recover possession on a regular basis.

He picks up a lot of second balls, which is a major plus in a team who thrive on counter-attacks and transitions.

Dele failed to create a chance at home against Sheff Utd but is nonetheless one of the squad's most creative talents. In fact, Son is the only Spurs player to deliver more key passes from open play per 90 minutes.

Under Mason, Spurs are looking to enjoy more possession. They averaged a 63.8 per cent share of the ball in his first two Premier League matches in charge, way above their season average of 51 per cent.

Therefore, Dele's eye for a pass could be even more important against Leeds.

Freshening up the team's attack, he and Bale can make a difference as Spurs aim for a late-season charge into the top four.