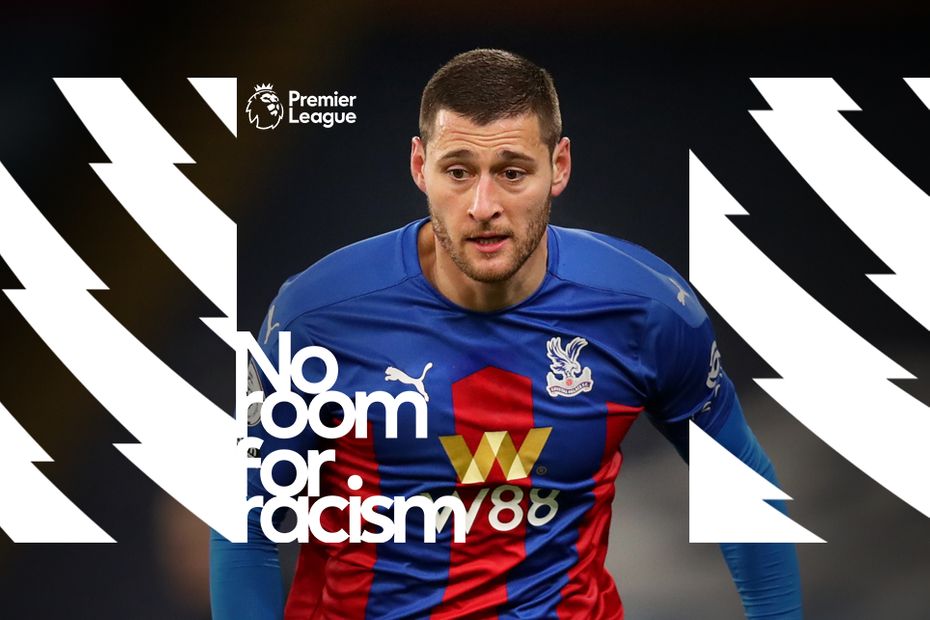 Allyship plays a crucial role in the battle against racism and Crystal Palace defender Joel Ward understands how important it is to stand shoulder-to-shoulder alongside his team-mates on and off the pitch.

Ward joined team-mate Tyrick Mitchell and Crystal Palace Women midfielder Leigh Nicol in speaking about dealing with online abuse as part of the Premier League's No Room For Racism initiative.

"I want to be able to support anyone that's going through a hard time," Ward says. "I hope if Ty ever did experience it, then he can always come and we can have a conversation because we're all in it together."

Nicol is aware now more than ever about the impact offensive online abuse can have - and the part she and other players can play to help.

"Previously I've been naive and didn't really know this existed, and I hold my hands up to that," she says.

"So all I think myself and Joel can do for now is make sure that we are more aware and we do stand by and stand up for our team-mates, our friends or strangers.

"Something needs to be done but it's not going to be done unless it's collectively."

In response to the ongoing and sustained discriminatory abuse received online by players and many others connected to football, all sides of the English game will come together for a boycott of social media from 30 April to 3 May.

The FA, Premier League, EFL, FA Women's Super League, FA Women's Championship, PFA, LMA, PGMOL, Kick It Out, Women in Football and the FSA will all be involved and Mitchell says it is vital that social media companies tackle online racist abuse.

"It's massive because without them actually stopping it, it's hard to make people aware," he says.

"You can say, 'Report it, we report it, we do everything', but if people are able just to create another account and do the same thing, I don't think people actually learn."