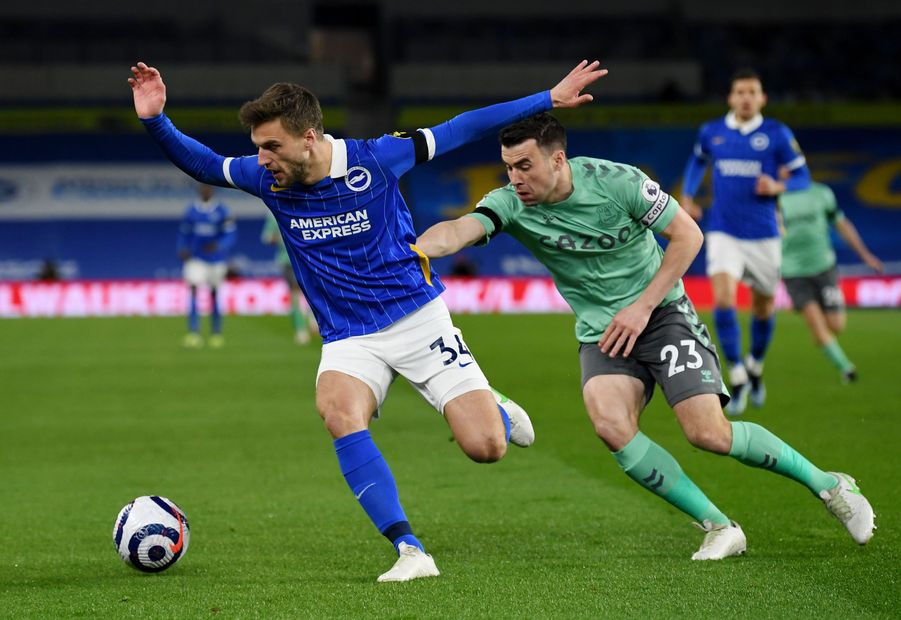 Albion take another step towards safety External Link
Osman: West Brom have given themselves every chance
Best photos of Matchweek 31

Brighton & Hove Albion are showing that success is often built on a solid defence as they continue to pick up points in their fight against relegation.

Indeed, in going seven points clear of the bottom three on Monday, they set a competition-high at the back in 2021.

For more on this and other must-know facts from the 31st round of matches, read below. To see the reports and key data, click on the results.

Leeds United are only the fourth promoted side to win at the Premier League leaders, after Ipswich Town at Norwich City in December 1992, Derby County at Manchester United in April 1997 and Hull City at Arsenal in September 2008.

Ollie Watkins is the first player to score four PL goals against Liverpool in a season since Andrey Arshavin in 2008/09.

Thomas Tuchel is the second Chelsea manager or head coach to avoid defeat in his first six Premier League away matches, after Luiz Felipe Scolari.

Allan Saint-Maximin is the fifth player to both score and assist a goal as a substitute in a PL match for Newcastle United, and the first since Rolando Aarons against Tottenham Hotspur in May 2016.

In only his ninth Premier League appearance for West Ham United, Jesse Lingard reached double figures for combined goals and assists, with eight strikes and three assists. It is the quickest a Hammers player has ever done so, beating Paul Kitson's record of reaching the mark in 12 matches in 1997.

Only Wayne Rooney (15) has scored more Premier League goals for Man Utd as a teenager than Mason Greenwood's 13.

Alexandre Lacazette is the sixth Frenchman to score 50 Premier League goals for a single club and the fourth to do so for Arsenal after Thierry Henry, Olivier Giroud and Robert Pires.

Brighton & Hove Albion have recorded five clean sheets from their eight home PL matches in 2021, a competition high since the turn of the year.