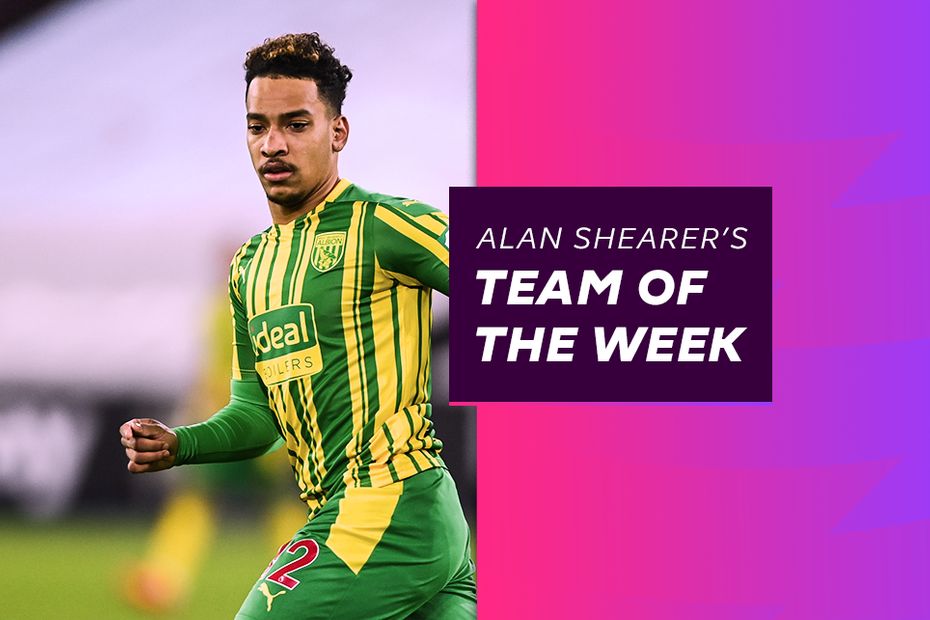 West Bromwich Albion may still have plenty to do to avoid relegation, but in Matheus Pereira they have a player who could inspire a great escape.

The Brazilian playmaker showed his quality at Chelsea on Saturday, scoring two goals and setting up two more as West Brom triumphed 5-2, ending the weekend eight points from safety with eight matches left.

For Alan Shearer, the Premier League's all-time leading goalscorer, Pereira's performance will give the Baggies real belief, and he has named the 24-year-old in his Team of the Week.

🥳 @alanshearer's Team of the Week!🙌

Agree with his choices? pic.twitter.com/elEtaF7F9X

Vicente Guaita (CRY) EVE 1-1 CRY
"He denied Everton time and again, keeping his side in the match before their late equaliser."

Trent Alexander-Arnold (LIV) ARS 0-3 LIV
"His performance was the best possible response to being left out of the England squad. He should be in the next one."

Benjamin Mendy (MCI) LEI 0-2 MCI
"The left-back showed his ability with a clinical right-footed finish, while playing his part in the clean sheet."

Kevin De Bruyne (MCI) LEI 0-2 MCI
"Superb again. His passing is a joy to watch, and he was unlucky to hit the crossbar with a free-kick."

Matheus Pereira (WBA) CHE 2-5 WBA
"A brilliant all-round display with two goals and two assists. If he can keep this up, West Brom can keep believing."

Fabinho (LIV) ARS 0-3 LIV
"A solid performance. His move back into midfield has restored Liverpool’s stability."

Jesse Lingard (WHU) WOL 2-3 WHU
"A sensational first-half display as he scored a superb goal and set up another. No defender will want Lingard running at him."

Diogo Jota (LIV) ARS 0-3 LIV
"Had a huge impact, coming off the bench to score twice. His return from injury has rejuvenated Liverpool’s attack."

Callum Robinson (WBA) CHE 2-5 WBA
"He took his goals brilliantly. The control on the volley for the first one was particularly impressive."

Manager: Sam Allardyce (WBA) CHE 2-5 WBA
"He oversaw a surprising but sensational win at Chelsea - one that had style as well as substance."