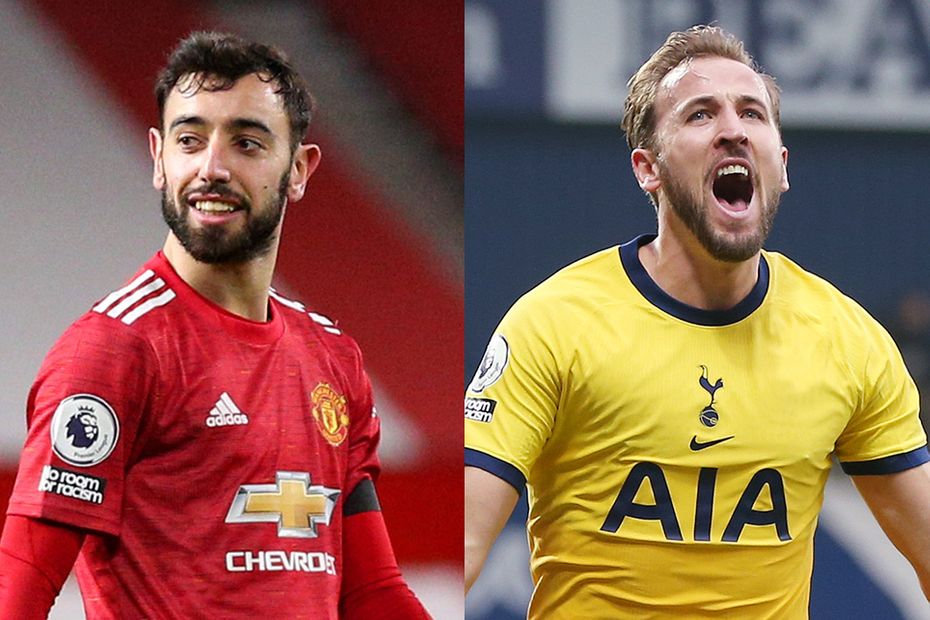 Bruno's back at the Aon Training Complex External Link
Kane and Son to benefit from Double Gameweek
Off The Bench: Wildcard after Gameweek 2?

The two top-scoring players in Fantasy Premier League are set to compete for the captaincy in Gameweek 30.

Manchester United playmaker Bruno Fernandes (£11.5m) sits at the top of the player standings on 209 points ahead of his home meeting with Brighton & Hove Albion.

The Portuguese has produced a league-leading 11 double-figure hauls this season, including 12 points against Brighton in Gameweek 3.

At home, Fernandes’s totals of 48 shots and 49 chances created are both more than any player in Fantasy.

He faces a Brighton side who have failed to keep clean sheets against Burnley, West Bromwich Albion and Southampton in their last three road trips.

Away from home, his 55 shots is a league-leading figure.

Kane faces a Newcastle side who have struggled in defence at St James’ Park, managing just one clean sheet in 14 home matches.

Further analysis of the Brighton and Newcastle defences suggests Kane may have the edge.

Among midfielders or forwards in Fantasy, Phil Foden (£6.1m) is the last player to produce a double-figure haul against them.

The Manchester City man claimed 11 points in a 1-0 win in Gameweek 18.

Son Heung-min (£9.4m) and Gareth Bale (£9.7m) could also bring in big returns if their owners are prepared to take a risk.

Son has produced nine double-figure returns this term, more than any team-mate. However, he is an injury doubt against the Magpies due to a hamstring problem.

Bale has hauls of 19 and 14 points in his last four starts but was an unused substitute against Aston Villa last time out.